Gary Neville wants Mauricio Pochettino to be the next permanent manager of Manchester United but knows it will not be easy to get him on board.

United are currently under the temporary guidance of Ralf Rangnick after Ole Gunnar Solskjaer’s dismissal. The German looks set to be at the helm until the end of the season. And he will then stay at the club for a further two years in a consultancy role.

Many names have been put forward as to who might take the reins in the summer. But the link to Paris Saint-Germain coach Pochettino will not go away.

The Argentine has experience of the English game following spells at Southampton and Tottenham. Neville is confident that the Red Devils hierarchy will make the correct appointment.

And he put forward a compelling case as to why it should be Pochettino.

“I think United will get the right manager at the end of the season for the longer term,” he told Sky Sports, per The Mail. “I’d like Pochettino to be the next manager because he’s got experience of the league, I think he would play the right type of football.

“It feels like the moment for him to step up. He’s managing big stars, characters and personalities.

“I’ve always liked him and the way in which he has operated. I think he fits the club, he works with young players as well.”

Neville has made no secret of the fact he wants to see the South American in the Old Trafford dugout. The former United defender called him the “stand-out candidate” back in November.

He has guided the Parisians to the top of the Ligue 1 standings. They are 13 points clear of second-placed Nice while finishing second behind Manchester City in their Champions League group.

Neville feels he ticks all the right boxes to manage United. But he believes PSG might be reluctant to let him go.

“He gets the best out of players. He’s a good coach. But also I think he works people the right way,” he added. “But he’s got a job at Paris Saint-Germain, and if he does well there, they obviously won’t let him go.” 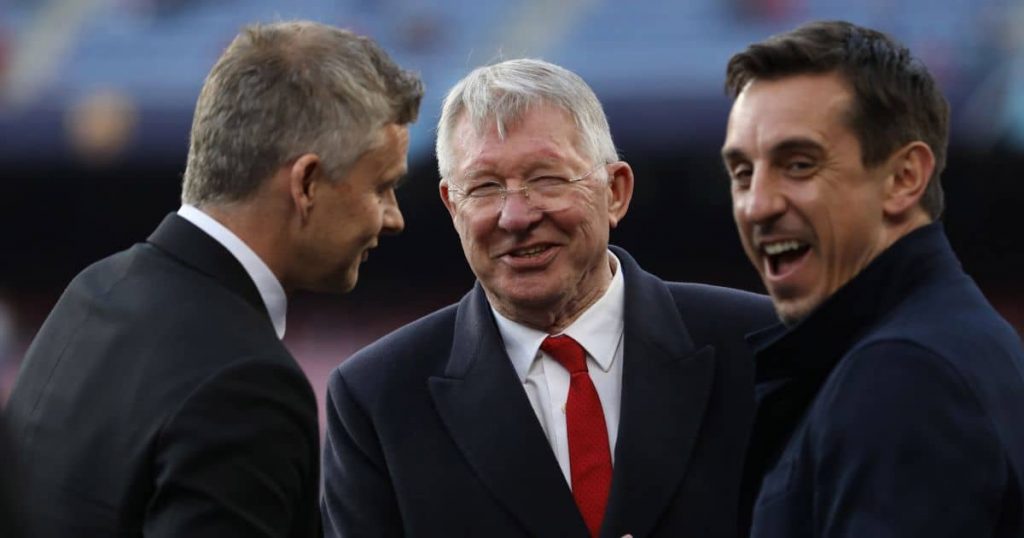 Pochettino is said to be open to the idea of a return to the Premier League. And a recent report claimed he would be happy to join mid season.

But with Rangnick now in charge there is no longer a rush to secure his signature.