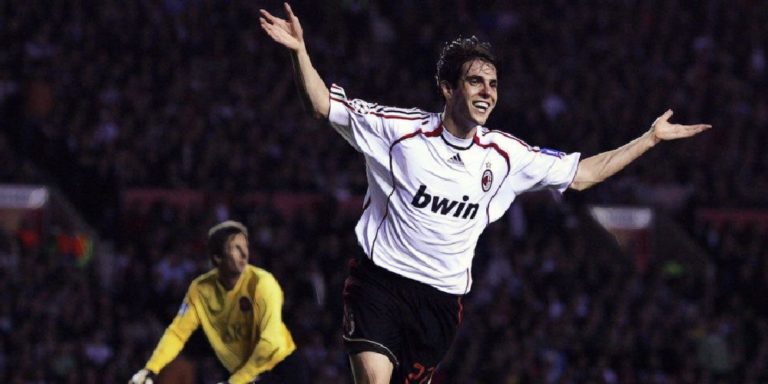 Like many of the great Brazilians that came before him, Kaka’s reign as the world’s finest footballer was both brilliant and brief.

Kaka emerged as arguably the planet’s brightest talent in a flashing period between the fading star of Ronaldinho and the unprecedented dominant duopoly of Cristiano Ronaldo and Lionel Messi.

At his peak he was a captivating footballer to watch in full flow, one who glided effortlessly past opponents and a rare example of a player who appeared quicker with the ball at his feet than without it.

His finest seasons came in the colours of AC Milan, being named as winner of the Ballon d’Or following an incredible 2006/07 campaign that saw him inspire the Rossoneri to Champions League success – finishing as the tournament’s leading scorer with 10 goals.

The creative hub of a brilliant AC Milan side, a mega-money move to Real Madrid failed to deliver similar success despite forming part of the side that won La Liga in record-breaking fashion in 2011/12.

One of the best of his generation and an often overlooked genius when assessing modern greats, here are some of Kaka’s best moments.

The post Brazilian playmaker Kaka at his mercurial best first appeared on The Football Faithful.