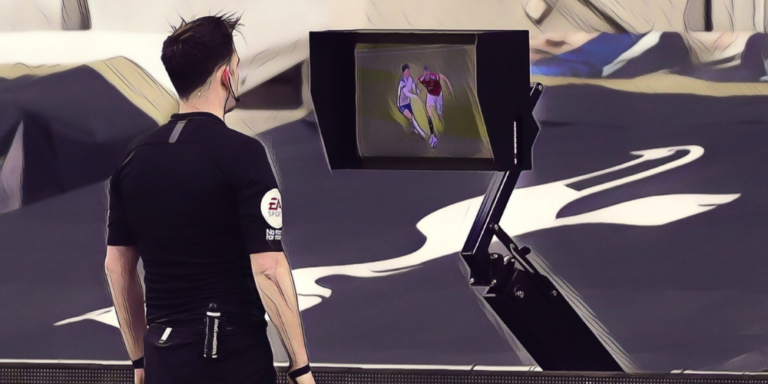 The widely reviled European Super League that threatened to immeasurably damage football as we know it is presently defeated, shouted down by the condemnation of all but those who sought to gain from it.

That is not to say however, that it won’t return. In another form but equally as abhorrent.

“We will learn from this”. That was the response of JP Morgan, the US investment bank who was financing the project and though their intention was clearly to sound contrite those words are unsettling and open to interpretation. We will find another way. That’s how it can also be construed.

So we must be vigilant, prepared to once again unite and tackle the next inevitable attack on football’s well-being because the blunt reality remains that the game is run by billionaires who all have their eyes on making another billion.

If that is a depressing concession at least now there is genuine hope to accompany it. Across two days in mid-April supporters forgot about divisive tribalism and roared their disapproval while the government intervened and the media bared its teeth. And by doing so, twelve of the most powerful clubs in Europe failed in their attempt at a monumental power-grab. This was a landmark victory and furthermore, one that illustrated beyond doubt that we have significantly more sway that we give ourselves credit for.

Perhaps then, instead of sitting around and waiting for the next wicked plan to materialize we should go on the offensive. Because right now the ivory tower from which the directives and formats and grubby deals are conceived is weakened. But it won’t be for long.

While the authorities and club supremos – and part of the problem is that often these are the same individuals – are on the back foot, and while we are untypically mobilized and motivated, we should strike, roar again and protest, to make our beautiful game less broken.

These five key aspects should be at the very top of the manifesto.

We live in a nuanced and complicated world made all-the-more so because nearly eight billion people will never, ever agree on one detail.

Except that is, when it comes to VAR in its current incarnation. Nobody likes it: not the players, or the managers, or the club owners, or the fans. Not the media and though they can never publicly admit it, the matchday officials hate it too. Making their job easier? You’re having a laugh, aren’t you?

Regrettably, it is not possible to close Pandora’s Box but if we must live with video technology in the modern game then a root and branch review is surely necessary at this point to prevent it lapsing further into farce. Change offside interventions to a naked-eye policy thus eradicating the ludicrous adjudications based on a stray eyebrow or armpit hair. Raise the bar for intervention to what was initially promised us – clear and obvious errors only. Introduce a procedure – most likely mics on refs – that increases transparency and understanding within grounds because it’s simply not fair that a television audience is informed but a match-goer is kept in the dark.

VAR can work if common sense prevails. Presently, it is lunacy.

Kick bigotry out of the game for good

The players are speaking out, boycotting social media and taking the knee. They can do little more.

The public have made it known in volume of noise and volume of number that something substantial and meaningful must be done. That enough is enough. We can do little more.

Now it falls on the footballing authorities and social media platforms to ensure that racist and sexist abuse is stamped out of the game and booted off Twitter.

To this end, what measures have been implemented to date? We’ve heard empty threats made by the government to fine social media platforms. We roll our eyes as the tech giants bat the issue away with a succession of empty promises and fake hand-wringing. We rail at yet another ineffective campaign by UEFA that amounts to a slogan on a banner held by players before big games.

It’s time for these institutions to stop acting and finally act.

In penance at trying to break-away and join the Super League without even consulting their supporters – not to mention Jurgen Klopp or the players which frankly beggars belief – Liverpool football club have recently reached out to their fan-base, making it known they are ready to listen.

Instead of paying us lip service and insisting that we matter; instead of patronising our importance, clubs need to bring us into the fold. Give us a voice and a vote. Let us have a real say in how our clubs are run.

As far back as 2011, Sir Alex Ferguson was insisting that agents are ruining football and given the influence they now bear, and the extraordinary amount of money they take out of the game, it’s hard not to believe their mission is almost complete.

That is over a quarter of a billion pounds that would not have stayed stagnant in club’s coffers but been largely spent elsewhere, finding its way through the pyramid.

The rise of the ‘super-agent’ started the demise of football as was and the most exasperating aspect of their prominence is how very easily they can be tamed. Better regulation and commission caps please and pronto.

If the scuppered Super League plans made one thing abundantly clear is that we require better governance of our national sport. No longer can we turn a blind eye to the rampant and self-serving greed. No longer can we merely tut and claim the game has gone.

Only a new independent regulatory body with genuine standing can address so many weighty concerns that include a fairer distribution of wealth that protects grassroots football and a long-overdue review of the financial stresses that sends clubs to the wall.

A properly accountable body such as this would and could liaise far better with supporters and this is essential. Especially now we have finally, finally found our collective voice.