Manchester United will take a commanding 6-2 lead into the second leg of their Europa League semi-final tie against Roma.

The Red Devils were 2-1 down at the break, but five unanswered second-half goals put them firmly in the driving seat ahead of next week’s trip to Rome.

United manager Ole Gunnar Solskjaer made three changes to his side from their 0-0 draw with Leeds United in the Premier League on Sunday.

Roma arrived at Old Trafford on the back of a 3-2 defeat to Cagliari in Serie A, which sums up a poor season for the Italian side.

Currently seventh in the league and 11 points off fifth-placed AC Milan, the only realistic way of qualifying for European football next season is by winning the Europa League.

Accordingly, manager Paulo Fonseca made six changes to his side. They lined up with former United men Chris Smalling and Henrikh Mkhitaryan, along with ex-Manchester City forward Edin Džeko.

The visitors were forced into a substitution after three minutes as former Aston Villa man Jordan Veretout pulled up unchallenged with what looked like a hamstring injury.

After a few minutes of treatment, on came Gonzalo Villar in his place, and it didn’t take long for the evening to get worse from a Roma perspective as they fell behind on the nine-minute mark to a Bruno Fernandes goal.

Fernandes finished off a great attacking move by United with a dink over the visiting goalkeeper Pau López into the back of the net.

This wouldn’t have been possible without a driving run from Pogba, and subsequent first-time lay off by Cavani with his back to goal.

Ahead within the opening ten minutes and on the front foot, many would have been forgiven for thinking that United would be out of sight soon enough, but this wasn’t to be the case – in the first half at least. 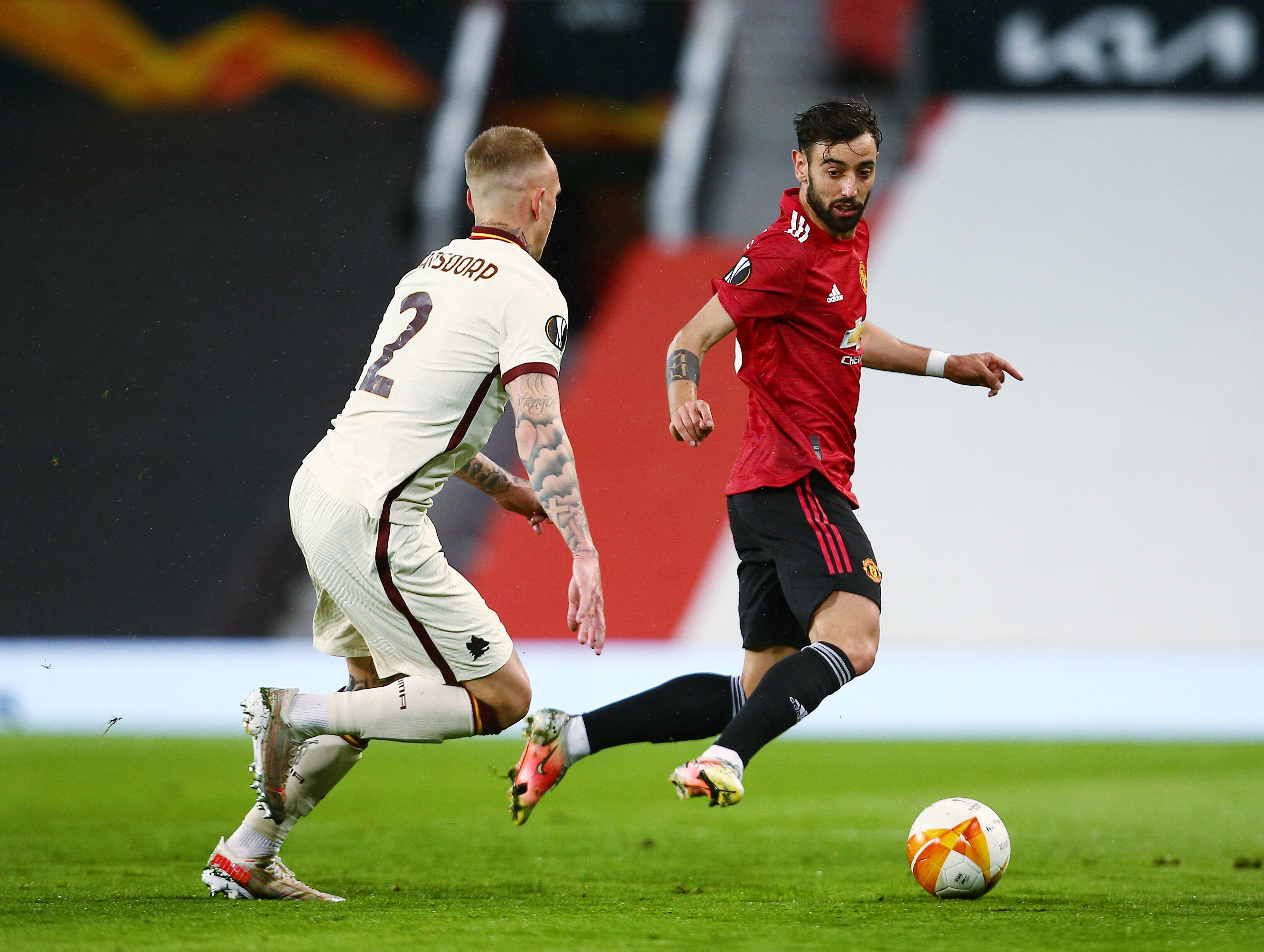 Shortly after conceding, Roma picked up the ball from a loose throw-in and drove into the United box. Rick Karsdorp slid along the floor to keep the ball in play and was challenged by Pogba.

As the ball bounced up into the air from the challenge, the Frenchman was adjudged to have handled it by referee Carlos del Cerro Grande.

A penalty was awarded to hand a lifeline to Roma in what was essentially their first real attack of the game.

Lorenzo Pellegrini duly converted from the spot to level at 1-1. Two goals within the opening quarter of an hour and an away goal for the Italians.

They were then struck down with another injury, and this time it was to the goalkeeper Lopez after he had saved a rasping shot at goal from distance by Pogba.

He went down clutching his shoulder and after some deliberation between him, the physiotherapists and the bench, it was decided that he would be replaced by 37-year-old veteran Antonio Mirante.

Before United could trouble the replacement, they found themselves trailing the game as Džeko claimed a fifth career goal at Old Trafford, tapping into an empty net following some sloppy defending by Solskjaer’s men.

Passing around the edge of the box, Roma dragged defenders out and former Red Devils midfielder Mkhitaryan slotted the ball through the legs of Scott McTominay and into Pellegrini, who had been played onside by Luke Shaw.

Pellegrini squared across goal for Džeko to scramble home into the back of the net, and the Italians had a shock lead at Old Trafford.

A third substitution was then required by the visitors, and again it was through injury as Leonardo Spinazzola pulled up. He was replaced by Bruno Peres as the Brazilian threw on his all-white away kit and rushed onto the pitch.

The injuries weren’t the only scare for Roma as Cavani should have evened things up again before the interval after being gifted the ball close to goal with a stray pass by Ibañez.

Mirante was called into action for the first time and did well to block not one but two efforts from Cavani in quick succession, ensuring that the Italians maintained their lead at the break.

That scoreline didn’t remain for much of the second 45 as it took just three minutes of the restart for Cavani to make amends for his earlier miss and draw his side level.

United broke forward on the counter-attack with Pogba and Fernandes, with the latter sliding a ball through to Cavani for the forward to strike into the back of the net first-time, making a difficult finish look relatively simple. 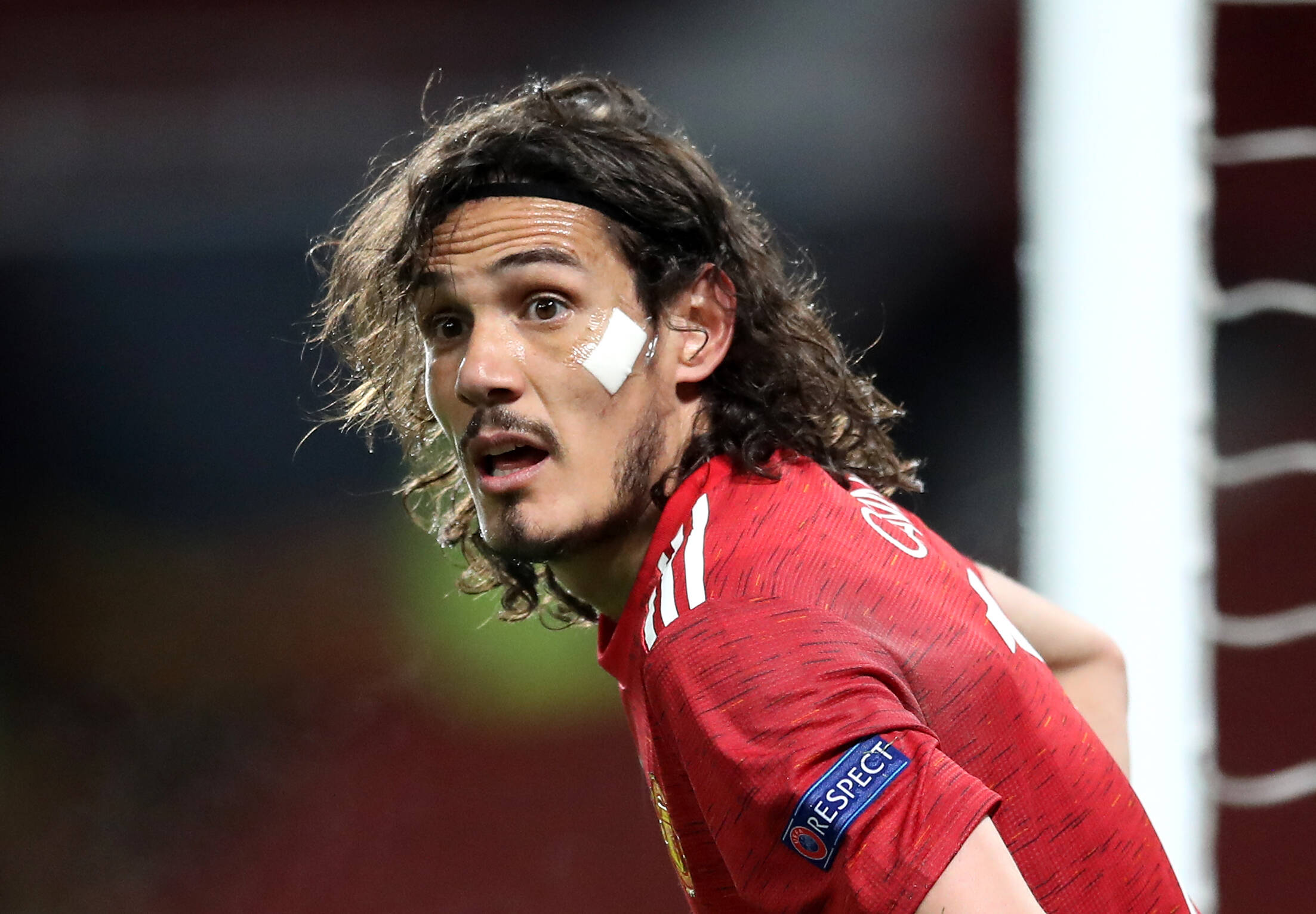 During his time in Serie A, Cavani scored nine goals against Roma and could have had a second on the night shortly after his first, firing over the bar after Shaw picked him out in the box.

Roma fired a warning shot to United that they weren’t done yet on the counter and arguably should have gone back ahead.

Pellegrini was slotted through on goal by substitute Peres but instead of going for goal, he tried to square back across to Džeko, who saw the ball cleared by the defenders.

That attack seemed to show United that they needed a goal. Cavani duly obliged, although it couldn’t have been an easier finish for the experienced striker.

Fernandes poked the ball from the edge of the box to Aaron Wan-Bissaka, and the full-back drilled a shot at goal from an awkward angle that had enough on it to force Mirante to spill back into the six-yard box.

There was Cavani with a poacher’s finish to smash the ball into the back of the net and fire his side in front.

Two minutes later and Roma could have made the outcome different had Džeko’s header gone past De Gea.

The Bosnian rose highest in a battle with United captain Harry Maguire and glanced on a Mkhitaryan cross from the left-wing, which bounced just in front of De Gea, but the keeper got down to claim the ball well.

This was really the visitors’ last surge forward, with the Red Devils taking control of the tie. Their fourth of the evening came from the penalty spot with little more than 20 minutes remaining – Fernandes was the scorer.

Cavani had won the penalty having been felled by Smalling in the area, and despite the ball having passed both of them, the referee once again made a big call to judge that the challenge was worthy of a penalty.

United converted it and held a strong 4-2 advantage which was only ever going to get stronger.

Pogba soon got himself in on the goalscoring act with a header from a set-piece routine that had clearly been worked on at the training ground.

Shaw fired a corner to Fernandes on the edge of the area, who floated a first-time inch-perfect delivery into the danger zone for Pogba to head into the back of the net past Mirante. 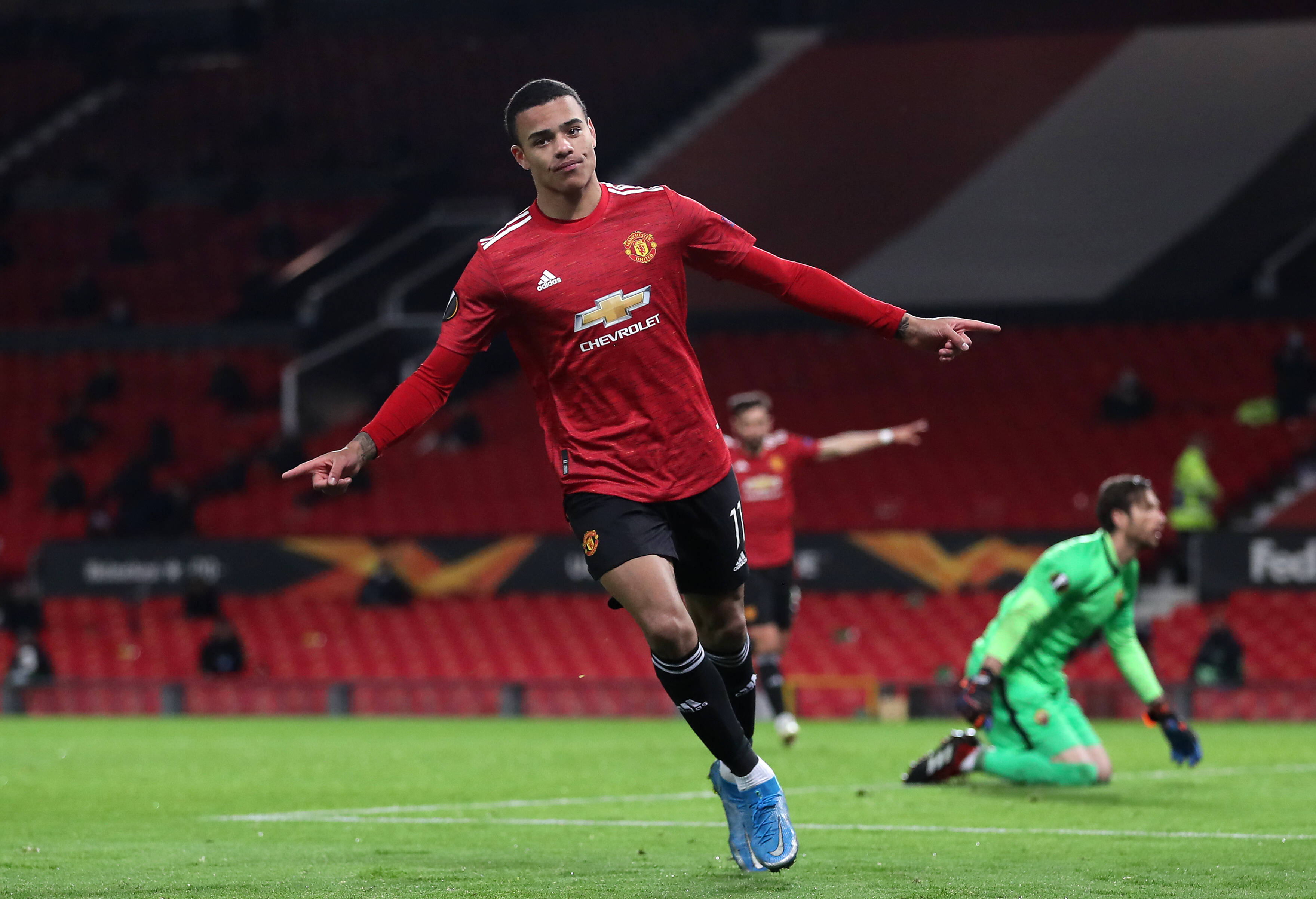 With a three-goal advantage, Solskjaer started to ring the changes, and amongst them was Mason Greenwood who replaced Marcus Rashford for the final quarter of the game.

It was enough time for the 19-year-old to get his name on the scoresheet, and he had Cavani to thank for a big part in the goal four minutes from time.

The Uruguayan played a superb ball with the outside of his foot and switched play to find Greenwood, whose run had taken advantage of a Roma defence now filled with gaps.

He continued to drive at goal and unleashed a shot which took a nick off a defender and saw the keeper get a foot to it, but it was too powerful to be kept out and flew into the back of the net.

Solskjaer’s side ended the game with a 6-2 advantage to take to the Stadio Olimpico for next week’s return leg.

Barring a major implosion in that game, United are now just 90 minutes away from a Europa League final where they would face either Arsenal or Villarreal.

The first leg score in that one 2-1 to the Spaniards, so it is all to play for at the Emirates Stadium in the return leg.