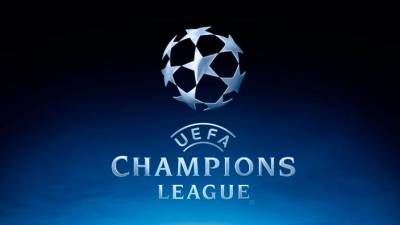 PORTO: Planes packed with excited English fans wearing football jerseys and scarves touched down every five minutes at Porto’s airport on Saturday as the city geared up for the Champions League final between Chelsea and Manchester City.

Around 40 flights from England were expected in Porto during the day, with the first fans having arrived at 8.40 am ready for a day exploring the northern Portuguese city, drinking beer and attending the clash.

“Hopefully that plane is bouncing on the way back,” said Manchester City fan Neal who travelled to Porto with his father and will head back home in the early hours of Sunday on a charter flight. “It’s a great atmosphere.”

Upon arrival, stewards directed fans from the two teams to opposite sides of the airport, where rows of buses waited to drive them to the city centre where fan zones were set up.

Before hopping on the bus, fans received a bright yellow bracelet to show they have tested negative for Covid-19.

“We will enjoy the sunshine, the hospitality …we love this city,” said Chelsea fan Chris, who said he had received two doses of the Covid-19 vaccine.

Some 16,500 fans will be allowed into the stadium but many others have come to support their teams outside. The fan zones each have the capacity for 6,000 people.

From 8 am to 6 pm the zones will only be open to ticket holders who will then be transported to the stadium for the match which kicks off at 8 pm.

Consumption of beer is allowed inside the fan zones and all supporters must present a negative Covid-19 test to gain access. The zones will open to those without a ticket after 6 pm and big screens have been put up so they can watch the game.

There have been concerns the event could fuel a spike in coronavirus cases after Portuguese authorities decided to relax Covid-19 rules for the match. Portugal is on the British government’s “green” list allowing tourists to visit the country without quarantining on their return.

There were minor scuffles as hundreds of maskless fans flooded the bars by Porto’s Douro river on Friday night, drinking beer and chanting team slogans as police officers kept a close eye on events.

At the Chelsea fan zone, music was already blasting through the speakers on Saturday before lunch. At the airport Manchester City fan Dan said he was not worried about the coronavirus situation: “My only concern is City not winning.” – Reuters