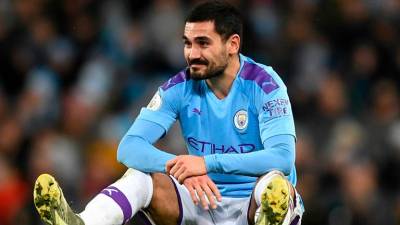 The Germany midfielder bumped into City captain Fernandinho as he made a diving header during the session at the Estadio do Dragao on Friday.

The injury appeared to be a straightforward knock rather than a more concerning muscle problem and City did not appear overly concerned.

Gundogan had been City’s only injury worry going into the final but said earlier this week that he was feeling fine.

The former Borussia Dortmund player was substituted as a precaution early in the second half of the 3-2 defeat at Brighton & Hove Albion in the Premier League on May 18.

With City taking no risks, Gundogan sat out of the final day 5-0 win over Everton last week.