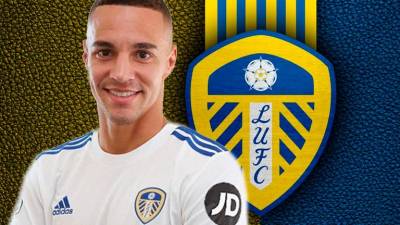 LONDON: Leeds announced on Saturday they had signed Spain international Rodrigo from Valencia for a club-record fee.

The forward has penned a four-year deal at Elland Road, reportedly costing the Premier League newcomers around £30 million (RM167m).

The 29-year-old said he was excited to join the club and was looking forward to working with Marcelo Bielsa, whom he described as one of the best coaches in football.

“It’s a new step in my career and I want to help the team to achieve the goals of the season,” he told the club’s Twitter account.

“Leeds have been working for two weeks on this deal with Valencia – we knew Valencia have some problems now as we didn’t achieve the Champions League.

“Since the first time Victor (Orta, director of football) talked to me I knew I wanted this new challenge with Leeds.”

Rodrigo, who can operate as a winger or striker, spent time at Celta Vigo and Real Madrid as a young player before moving to Benfica.

He previously spent the 2010/11 season on loan at Bolton, then in the Premier League.

Rodrigo was born in Brazil but is a Spain international and has 22 caps and eight goals.

He scored 10 goals for club and country in 38 games last season, including the winner in Valencia’s 1-0 Champions League win at Chelsea in September.

Valencia said on Tuesday they had reached preliminary agreement with Leeds for the transfer but the formalities had to be completed.

Leeds finished 10 points at the top of the Championship last season, securing their return to the top flight for the first time since 2004. – AFP

Christen Press has been here before