Pope ruled out for four months

Pope ruled out for four months 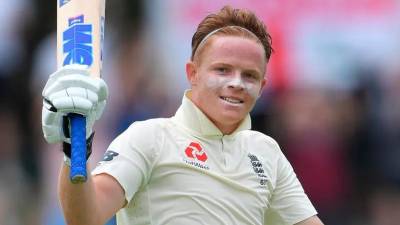 SOUTHAMPTON: England batsman Ollie Pope (pix) has been ruled out of action for up to four months with a dislocated left shoulder, the England & Wales Cricket Board (ECB) said on Friday.

Pope, 22, sustained the injury this week during the third test against Pakistan in Southampton when he slid to save a boundary. He left the field immediately.

He missed three months of cricket last summer after dislocating the same shoulder playing for Surrey.

The ECB said Pope will undergo surgery in the next couple of weeks before starting his rehabilitation with the Surrey and England medical teams.

“It is hoped that Pope will return in time for England’s winter tours of Sri Lanka and India starting in the early part of 2021,” it said in a statement. – Reuters