Wirtz is attracting a lot of attention at present after a prolific start to the 2021-22 season. He already has five goals and four assists from six appearances – including four starts – this season. The 18-year-old recently made his senior Germany debut, the first of three caps so far.

This is just the teenager’s third season in senior football. He came into the Leverkusen side after the return of the Bundesliga in May 2020, becoming their youngest ever league debutant. He concluded that campaign with nine appearances and one goal.

Then, in 2020-21, his gametime built up significantly. Wirtz registered 38 appearances and eight goals as Leverkusen finished sixth. If that was a year of consolidation, then this could be the one in which he really becomes a breakout star.

Should his rate of progress continue, Leverkusen may struggle to keep hold of him. There has already been interest from Manchester United and Arsenal, as well as Bayern Munich and Borussia Dortmund.

Earlier this month, Wirtz’s father and agent confirmed his plan was to stick with his current club for two years. Even after that, three years would remain on his contract. But there are several clubs waiting to prise him away.

Now, Bild have revealed that Manchester City are also admirers for the right footer. Their journalist Christian Falk has confirmed Pep Guardiola has deployed scouts to watch Wirtz. So too have United, Arsenal, Chelsea and Liverpool – but Bayern remain the favourites.

“There are, of course, a few others sitting there from Chelsea, United, Arsenal and Liverpool. So many, many Premier League clubs are interested but City very specifically.

“We do know, though, that he’s not in a hurry to move to the Premier League just yet. The young man Florian Wirtz is still developing at Leverkusen, and there have already been talks with FC Bayern, which of course, are only indirect.

“So that’s the responsibility of his father and his advisor. It does seem that Bayern have a very, very good chance of being the next step.” 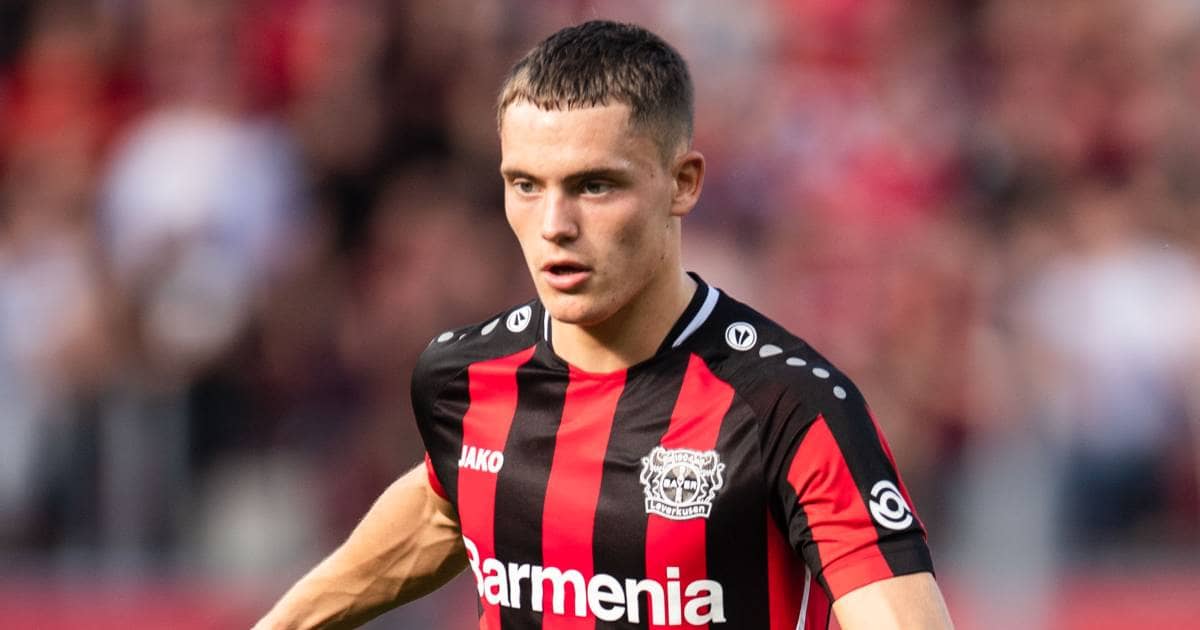 Transfermarkt currently estimate Wirtz’s market value to be £40.5m. These figures are usually just a rough guide rather than the specific requests of a club, but it is an indication of how highly valued the youngster already is. In fact, recent reports suggested Leverkusen may demand a nine-figure sum.

Whoever wants him will have to spend big. And his value is only likely to increase if his sale delays by two years.

Guardiola planning for the future

Wirtz is not the only young midfield talent City have been looking at. According to a recent report, City are also interested in Aston Villa rising star Jacob Ramsey.

The attacking midfielder is gradually making his mark on the team and looks set for an exciting future.

However, Aston Villa may now have to fight to keep the Englishman. Spanish outlet Fichajes report that Ramsey is attracting attention from Man City scouts.

His development over the last 18 months has impressed club officials. The youngster has gone from academy graduate to first-team regular, under the careful watch of manager Dean Smith.

Fichajes claim that Guardiola is a massive fan of Ramsey’s talent. He wants to bring the starlet to Manchester in a bid to secure the club’s long-term future.

But Aston Villa won’t be pushed around. They will request a large fee for the England U21 international due to his standing in the squad. He also has a long-term contract at Villa Park.

They parted with £100m to land the England international, a price tag which Villa thought would never be matched.

Grealish is now both City and Britain’s most expensive player of all time.