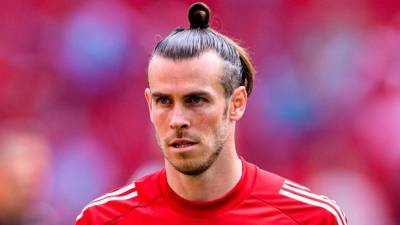 Bale, who is into the final year of his contract with Real Madrid and spent last season on loan at former side Tottenham Hotspur, sustained the injury in training with the Spanish side last month but was expected to return in October.

The 32-year-old was not included in Wales’ 28-man squad for the matches on Oct. 8 and Oct. 11, though Page expected his talisman to be fit by November.

“You grade hamstring injuries from one to four, and his is nearer the four so it’s quite a significant hamstring tear,” Page told reporters on Tuesday.

“We’ve been in contact with him and our medical department to see how it’s developing. This camp has come too soon for him unfortunately.”

Bale has 99 caps for Wales and can reach triple figures in November when they face Belarus and Belgium.

“Originally, it (injury) might have even progressed into November’s camp, but thankfully he’s recovering better than anticipated. We’re pretty certain he’ll be OK for November,” Page added.

Wales are third in Group E after four games, level on seven points with Czech Republic, who have played a match more. Belgium lead the group with 16 points from six games. – Reuters