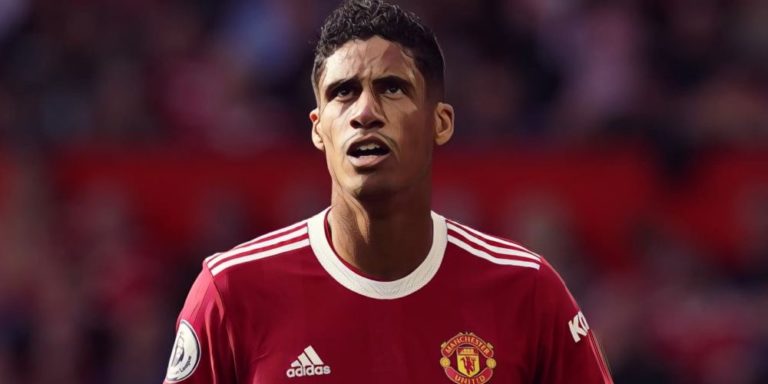 Raphael Varane says Manchester United are on a ‘positive upward curve’ and has discussed the ‘expectations’ and ‘pressure’ at Old Trafford.

Ole Gunnar Solskjaer’s side take on Villarreal in the Champions League this evening, looking to bounce back from defeat in their opening group stage fixture against Young Boys.

United will also be seeking a response to their first Premier League defeat of the season at the weekend, having missed a last-minute penalty during a disappointing 1-0 loss to Aston Villa.

Despite those setbacks, Varane insists the Red Devils remain on a ‘positive’ path towards success and has urged the squad to ‘believe in ourselves’ as the club seek to win major silverware this season.

“We need everyone to be United in the belief that we can go all the way,” Varane told a pre-match press conference.

“Since I have been here I have seen a lot of quality in this team with huge potential, I’m convinced of that.

“We are working hard in training and I think we are improving all the time. This team is on a positive upward curve.

“There is talent and experience, in fact, there is everything you need to have that belief that you can do well.

“Everything is there in the right place we just need to concentrate on the little details.”

Varane discussed his decision to leave Real Madrid for the Premier League this summer, admitting he was keen to test himself in a new environment after winning three league titles and four Champions League trophies in the Spanish capital.

The France international has compared the pressure at Real and United and described the expectations at both clubs as ‘very similar’, before insisting his side must remain positive as they seek a consistent run of results.

“It was a long process and I had to give it a lot of thought. It was not like an overnight decision.

“I wanted to leave Madrid for sure but I wanted to leave on good terms. I just wanted to try myself in another league, I wanted something different. I knew the Premier League was a fantastic league and now I have seen that for myself.

“The hopes and expectations are very similar. You know what it is going to be like if you suffer a defeat or a draw, it is always very negative. You just need to keep on a good run of results and be positive. That pressure, you live with in the big clubs.”

Read – Iconic Duos: Bebeto and Romario, the polar opposites who brought stunning synergy to the Selecao