Thomas Tuchel was at a loss to work out why his Chelsea side slumped to a 1-0 defeat to Juventus in the Champions League on Wednesday, but he did point the finger at the hosts.

The result means two defeats in a row for Chelsea for only the second time under Tuchel, after the weekend’s loss to Premier League champions Man City.

Federico Chiesa fired Juventus into a 1-0 lead just 11 seconds into the second half.

The Italy forward rocketed the ball into the roof of the net, stunning a sluggish Chelsea after the restart. And despite having 73% possession the Blues could not fashion an equaliser in Turin. In fact they mustered just one shot on target.

“I think we started not sharp enough. The first 12 to 15 minutes we could have harmed them much more. There was so much space for dangerous balls into the box and ask more questions.

“We struggled to create our own rhythm and intensity because they were so deep and passive. The team were lacking runs. We were so good in training yesterday and not good enough tonight.”

The Blues boss, speaking later in the press conference, explained using all five subs and insisted there was “no hangover” from the City defeat.

“We wanted an impact. We had five subs and wanted to use them. I wanted to give fresh legs and new energy,” said the German. 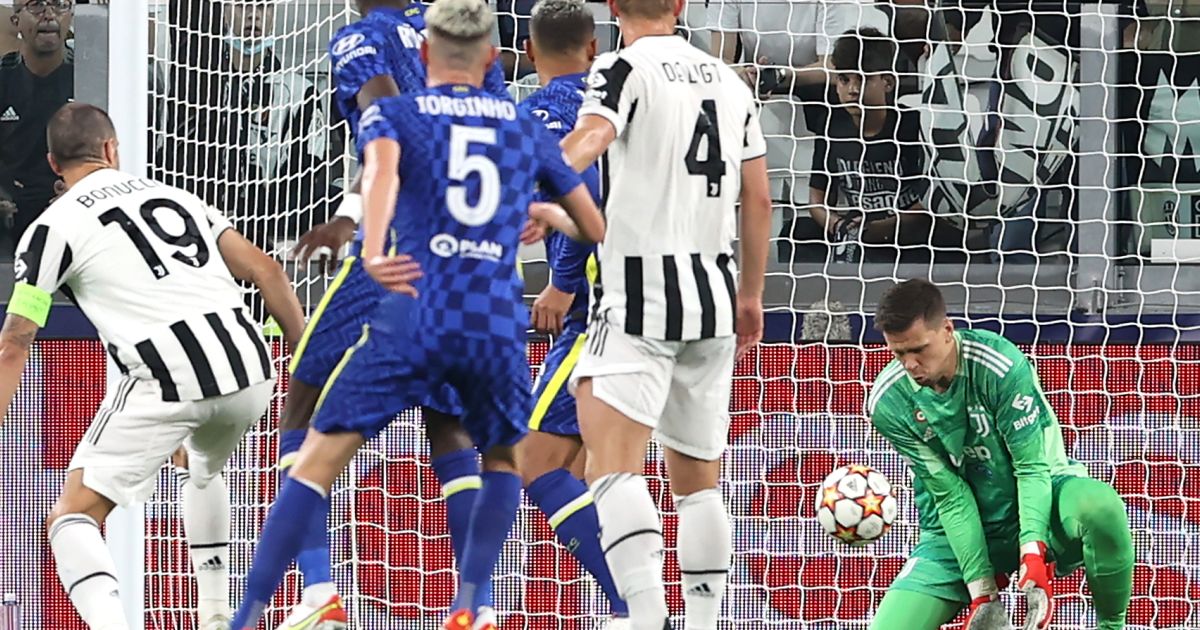 “There was no hangover from the weekend. We had two good sessions yesterday, looked fersh and hungry and ready to bounce back. It is very difficult to put on a high rhythm against a team that defends so deep.

“We could have been 1-0 up but this was the problem. Man City scored from a set piece with a deflected shot and sometimes this happens with a team that defends so deep. We can do better in the last 20 minutes, we were lacking runs and trying to find our rhythm.

“It is a shooting problem. If you play against a deep block like today. We found the spaces, it was not easy. We were more lacking the aggression that we had in training yesterday. I had a feeling if it was 50-50 decision then we played safe.”

Commenting on the goal just after half-time, Tuchel said: “Disappointed, we all were. It was a tough game that we expected and it is never easy to score against teams like Juventus.

“I felt us yesterday totally sharp and ready, today it was not like this. I don’t know why.”