Leeds United manager Marcelo Bielsa praised his side’s efficiency after they thrashed West Brom 5-0 at the Hawthorns on Tuesday night.

Romaine Sawyers’ comical own goal set the ball rolling after just nine minutes. Attempting to pass back to his goalkeeper, he stroked the ball home from fully 25 yards.

Ezgjan Alioski made it 2-0 on 31 minutes with a superb strike before Jack Harrison added a third. He finished a fine move involving Patrick Bamford with a neat finish.

Rodrigo’s deflected fourth put the seal on a scintillating first half and Raphinha made it five in the second period.

Leeds are now 11th and Bielsa was delighted with his side’s ruthless display.

“The most important thing was we were very efficient,” he told Match of the Day. “Normally it’s difficult for us, not many chances to score five goals and in this game, we managed to do that. Even if one of them was an own goal.

“We hadn’t been so efficient the margin of the result wouldn’t have been this. We were dominating and we were trying to make more chances. All of the goals gave me happiness.”

Leeds have become the entertainers of the Premier League since being promoted. Bielsa’s method is to try and score one more than the opposition, with the emphasis on attack.

It does not always work and they have been on the end of a few drubbings. The coach has stuck to his guns and a 5-0 scoreline will be a huge shot in the arm at Elland Road.

The goals were pleasing but keeping a clean sheet was a bonus.

“We dominated the game and we made few errors, so they couldn’t capitalise on anything,” he added. “We attacked constantly and were efficient – all those details make a positive performance.

“It’s important for us not to concede goals because we’ve conceded way too many goals. And to avoid conceding a goal to create security within the team.”

Asked whether he would be looking to so any business in January, the South American played his cards close to his chest. 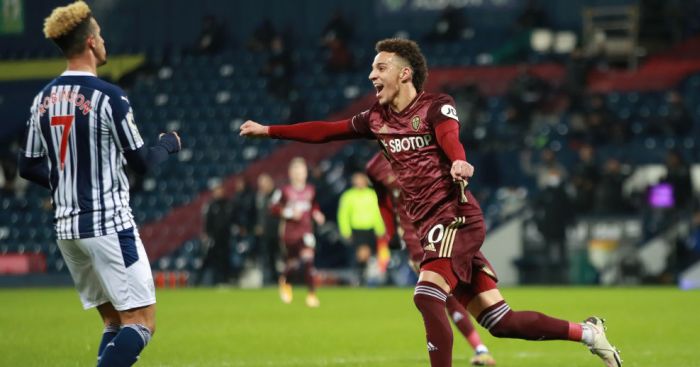 “I can’t give you a firm answer: yes or no,” he continued. “If there’s a player who improves the squad that will be good for the club.

“The option to bring a great player to the club depends on the needs of the team, but sometimes on opportunities elsewhere.”

The post Bielsa names two reasons why West Brom scalp was so special for Leeds appeared first on teamtalk.com.