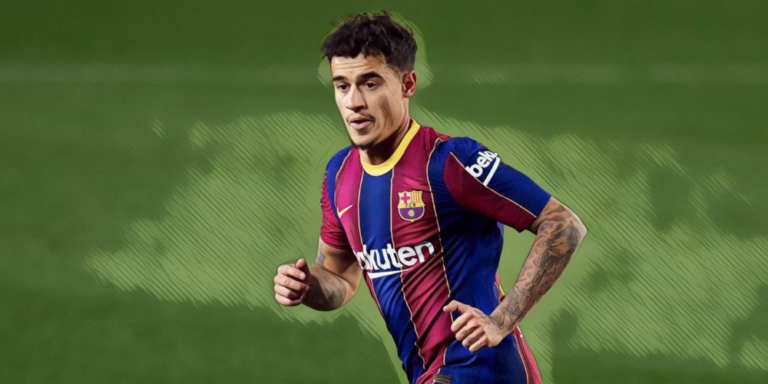 Barcelona forward Philippe Coutinho would reportedly prefer a move to Arsenal in the January window, amid a plethora of interest from Premier League clubs.

Coutinho has largely failed to live up to expectations since his mega-money move from Liverpool in 2018, making just 106 appearances and scoring 25 goals for the Blaugrana.

He was one of a number of high-profile, big-money transfer flops by the Catalan club, who have regularly tried to get his wages off the books.

According to SPORT, Barcelona have once again informed the Brazilian that he can leave in the upcoming winter window, with the player’s agent now ‘doing everything possible’ to try facilitate a return to the Premier League.

The report says that Arsenal, Tottenham, Everton and Newcastle have been contacted about a potential move for the 29-year-old, though it is likely that any departure will only be a loan.

It goes on to say that Coutinho would ‘prefer’ a move to Arsenal, though a move to Newcastle would be ‘ruled out’ given the Magpies relegation scrap.

They say that the departure of Coutinho, as well as defender Samuel Umtiti, is ‘key’ for Barcelona’s transfer plans, as they look to further reduce their wage bill by moving on fringe players.