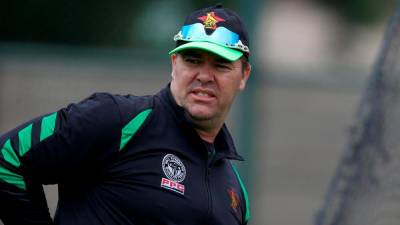 HARARE: Former Zimbabwe captain Heath Streak (pix), who was given an eight-year ban by the International Cricket Council (ICC) for corruption, on Thursday apologised and took “full responsibility” for his actions, but said he was never involved in any attempts to fix matches.

The 47-year-old was banned earlier this month after admitting five breaches of the ICC’s anti-corruption code.

The charges included revealing inside information which could be used for betting purposes and failing to disclose a payment in bitcoin from a potential corrupter to anti-corruption officials.

The games in question included several international matches in 2018, as well as matches in Twenty20 leagues in India, Pakistan, Afghanistan and Bangladesh.

“I apologise to my family, friends… my fellow Zimbabweans who have… shown me love and support during the numerous trials and tribulations we have faced,” Streak said in a statement quoted by The Telegraph.

Streak admitted to receiving bitcoin and other gifts from an individual who approached him in 2017 under the pretext of setting up a Twenty20 competition in Zimbabwe.

“At the onset I was engaged, and paid Bitcoin, to assist in buying and building teams… Much later on the only other thing I received was a bottle of whisky and my wife was gifted a phone,” he said.

“Several months down the line the ICC brought to my attention the fact that the individual with whom I had been dealing, and some of the information that I had shared… may have been used for online betting.”

Streak said he was never involved in fixing and hoped his story would serve as a lesson for others.

“I want to place on record that I was not involved in any match fixing, spot fixing or attempts to influence a game or share information from a changeroom during a match,” he said.

“I hope acknowledgement of my wrongdoing, wittingly or unwittingly, will set an example to current and future stakeholders.”

Streak played 65 tests and 189 one-day internationals for Zimbabwe between 1993-2005. Post-retirement, he also served as Bangladesh coach and was the bowling coach of twice IPL champions Kolkata Knight Riders. – Reuters