Fernandes not finished yet, as huge 30+ goals target set for Man Utd season

Fernandes not finished yet, as huge 30+ goals target set for Man Utd season

Bruno Fernandes says that he wants to hit at least 32 goals – matching his best-ever tally in a season – by the end of Manchester United’s campaign.

The Portuguese has hit 26 goals from midfield this term, underlining his stunning impact since joining last January. What’s more, he has already laid on 16 assists in all competitions. While he has a fantastic goal contributions record since moving to United, Fernandes has also proved a fantastic leader for his team-mates.

However, direct impact on the team remains a big factor for a player with such ambition.

Indeed, he built up a motivation for improving his tally after posting a personal best 32 goals for Sporting in the 2018/19 campaign.

Speaking to United’s official website, though, Fernandes insisted that he wants at least 30 this season.

“I scored 32 at Sporting so I expect to pass that mark!” the Portugal international said when asked if he felt surprised at this campaign’s tally to date.

“My target every time is to do better and better and my target now, as everyone knows, is to win trophies.

“For myself [my target] is to improve every season. I think if I score 32 goals in one season, I can do better.  I know it’s a big number but why not!? If you dream about and fight for it, you can do it.

“My best season with assists was 20, I don’t know how many I have this season, but I have to reach that level again.” 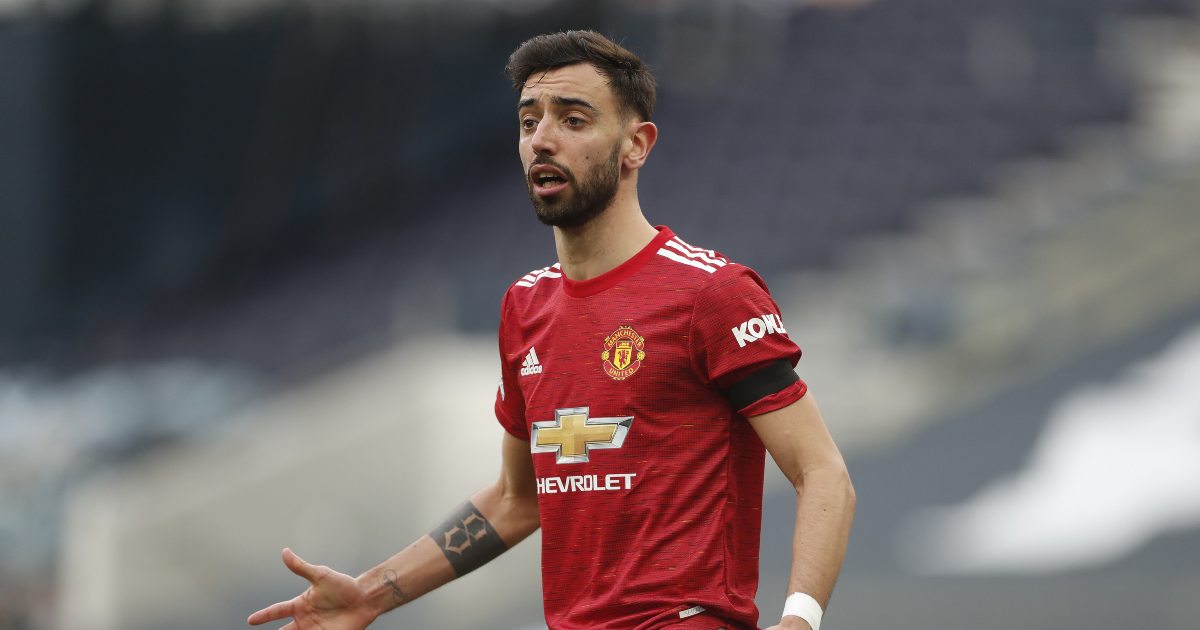 Fernandes certainly has a chance at posting more than 32 goals this campaign.

He has five Premier League games left, as well as the second leg of United’s Europa League semi-final.

United are also likely to contest the Europa League final, after coming from behind to thrash Roma 6-2 in Thursday’s first leg.

Fernandes netted an early penalty at Old Trafford, before scoring another. He also set up two others, for Edinson Cavani and Paul Pogba, respectively.

READ MORE: Solskjaer makes promise, as he refuses to give up on Man Utd star

The post Fernandes not finished yet, as huge 30+ goals target set for Man Utd season appeared first on TEAMtalk.