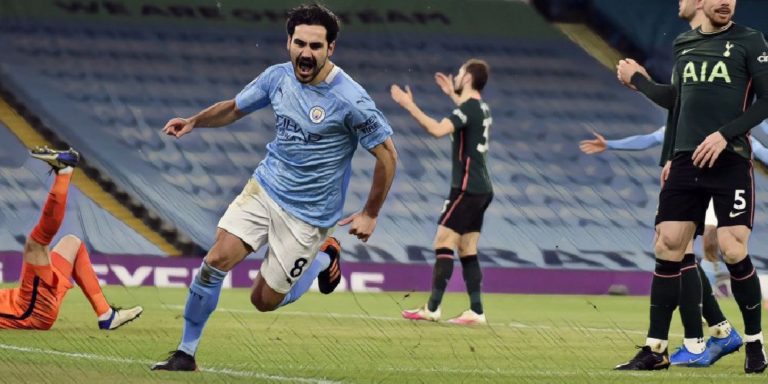 We’re fast approaching the conclusion of the 2020/21 Premier League season and it has proven a memorable campaign for several notable names, a host of players having enjoyed the best football of their careers this term.

Each season players hope the new campaign will prove better than the last and this has most certainly been the case for this collection of Premier League stars.

Here are five top-flight players enjoying the best seasons of their careers.

For much of his Manchester City career Ilkay Gundogan has been just one cog in a formidable machine, his role both unassuming and often under-appreciated in the club’s engine room.

Gundogan rose to prominence in an exciting Borussia Dortmund team under Jurgen Klopp, but his five seasons in the Premier League have seen him be a valued – if hardly essential – part of Pep Guardiola’s side.

Just a matter of months ago and Gundogan would quite probably not made a first-choice starting XI for most Manchester City fans, though is now an irreplaceable figure in the side and a player who has had a transformative impact upon their season.

City started the campaign indifferently and were as low as eight in mid-December, only to kick into overdrive over the festive period with an incredible 15-game winning run inspired by their German midfielder.

Gundogan had never previously scored more than six league goals in a season, but scored 11 goals in just 12 appearances during that winning run, including netting match-winning braces in crucial wins against both Liverpool and Tottenham.

The 30-year-old has thrived after being released from his shackles and has 15 goals for the campaign in all competitions and whilst his purple patch has slowed of late, he has continued to produce performances of elegant midfield control.

Gundogan was outstanding as Guardiola’s side defeated Paris Saint-Germain 2-1 in the first leg of their Champions League semi-final this week, a once overlooked talent having been one of the best midfielders in Europe this season.

Perceptions can change quickly in football and Mason Mount’s season is the perfect case in point.

Just a matter of months ago the Chelsea midfielder had been subjected to bizarre accusations of favouritism from his managers for both club and country, selection of the youngster often attributed to his tireless work when out of possession.

That, of course, is nonsense and Mount’s performances this season have since silenced any doubters.

The 22-year-old has emerged as arguably Chelsea’s most influential player in a campaign of huge progression following his initial emergence last term, proving an indispensable figure for the west London side and new head coach Thomas Tuchel.

Mount’s game has reached even greater levels since the German’s arrival in January, his numbers for shots, through balls, shot-creating actions and successful dribbles all markedly improved under Tuchel’s management with the midfielder having become the hub of the Chelsea side.

The England international combines the industry of a box-to-box midfielder with the attacking quality of a traditional number 10, a combination that have seen him emerge as one of the most talented prospects in the Premier League.

Mount ranks behind only Manchester United midfielder Bruno Fernandes for key passes and shot-creating actions in the league this season and will almost certainly be in Gareth Southgate’s XI when the European Championship kicks off this summer.

Kelechi Iheanacho appeared to be at a crossroads in his career at the turn of the new year, the forward having failed to build on the potential which once saw him dubbed as Manchester City’s most exciting young talent.

The Nigerian had impressed as an impact player at the Etihad and scored an impressive 14 goals in all competitions during his maiden season as a teenager, but with Sergio Aguero blocking his path to first-team football signed for Leicester in a £25m deal in 2017.

Iheanacho’s move to the Foxes saw him run into another significant stumbling block however, as Jamie Vardy’s evergreen brilliance restricted his role over three seasons which have delivered just eight league goals.

That period included a 14-month drought between September 2018 and December 2019, but a succession of injuries at Leicester this season have handed Iheanacho a chance he has grasped with both hands.

The 24-year-old has scored 14 goals in his past 14 appearances – as many as in his previous 76 – and leads Vardy as the club’s leading scorer this season, having struck up a fine understanding with the reigning Golden Boot winner.

—12 goals in his last nine games
—Goal and assist in comeback win vs. Crystal Palace

Iheanacho’s finishing has been so remarkable in 2021 that he is outperforming his expected goals figure by some distance, his performances likely to have impacted Leicester’s transfer plans with the Foxes having been in the market for a centre-forward this summer.

Celtic’s Odsonne Edouard has been strongly linked with the King Power Stadium, but is there now room for the Frenchman alongside both Vardy and a resurgent Iheanacho next season?

Jesse Lingard’s care-free charisma has oddly rubbed some football fans up the wrong way in recent years, some sections possessing a strange dislike for a man who quite visibly enjoys living the dream many of us had ourselves as young children.

The signature smile often seen upon the England midfielder has been all too rare over the past two years however, his fortunes having plummeted after helping the Three Lions to the 2018 World Cup semi-finals, finding himself out of favour entirely with club and country.

West Ham offered a lifeline to a player without a minute of Premier League football to his name during the January transfer window and it has been an inspired decision for both club and player.

Lingard exploded with two goals on his debut for the Hammers against Aston Villa and has failed to stop scoring since, netting nine goals and providing three assists in just 11 league appearances.

That haul is already his best-ever tally in a Premier League season and has seen the 28-year-old recalled into the England squad after an almost two-year absence, his passport dusted off ahead of a potential place in Gareth Southgate’s squad for the European Championship.

Lingard’s loan at the London Stadium has provided a timely reminder that beneath the endless energy is a wonderfully talented footballer, one whose relentless running and creative spark has pushed West Ham’s push for a Champions League place.

Following a difficult spell after being ostracised at Old Trafford, Lingard’s return to prominence has been one of the Premier League’s feel-good stories of 2021 to date.

Carlo Ancelotti has worked with some of world football’s greatest strikers of the modern era, names such as Andriy Shevchenko, Didier Drogba and Robert Lewandowski amongst others.

Calvert-Lewin had never previously scored more than six league goals in a season but responded with eight in the Premier League following Ancelotti’s December arrival.

That improvement has continued this season with Ancelotti having revealed his encouragement for the forward to remain in central areas, the 24-year-old having previously run the channels tirelessly for his side’s cause.

Calvert-Lewin began the season in spectacular fashion with seven goals in his opening five appearances and currently has 19 for the season in all competitions, his performances having earned him England recognition where he has since netted four times in seven caps at senior level.

The forward’s improved instincts around the penalty area and aerial prowess have made him the perfect figure to spearhead Everton’s improvement this season and the star looks to have cemented his place as Harry Kane’s deputy ahead of this summer’s European Championship.

The post Five Premier League players enjoying the best seasons of their careers first appeared on The Football Faithful.