Ever since the round began in October last year, Venezuela have been on the right end of the scoreline on only one occasion after having played four games. The team is languishing in eighth place in the overall rankings of South American countries who are battling it out to make it to Qatar 2022, but La Vino Tinto have never had the opportunity of playing at the FIFA World Cup.

The Venezuela national football team lines up for a match (Image courtesy – FIFA.com)

Nevertheless, the Venezuelans have been a regular feature at the Copa America – South America’s most prestigious international competition – consistently ever since 1975, but they failed to win even a single match in the continental tournament for almost three decades (from 1975 to 2004).

They have never finished on the podium at the Copa America, with their best performance in the tournament over the years being a fourth place finish a decade ago in Argentina as they lost out to eventual runner-up Paraguay in the second semi-final and then suffered the same fate in the third place play-off with Peru.

WHO IS VENEZUELA’S MANAGER?

The Portuguese manager Jose Peseiro is at the helm of the Venezuelan national football team this time around. Peseiro never played higher than the Portuguese second division during his playing days and retired when he was 34-years old after having completed his last season in the fourth division of the football pyramid in Portugal.

His managerial career for the first eight years also saw him taking charge of matches in the Portuguese third and fourth divisions, before he was appointed as the manager of Sporting CP. He led the club to a third place finish in the Primeira Liga and helped them earn a runners-up medal in the UEFA Cup. 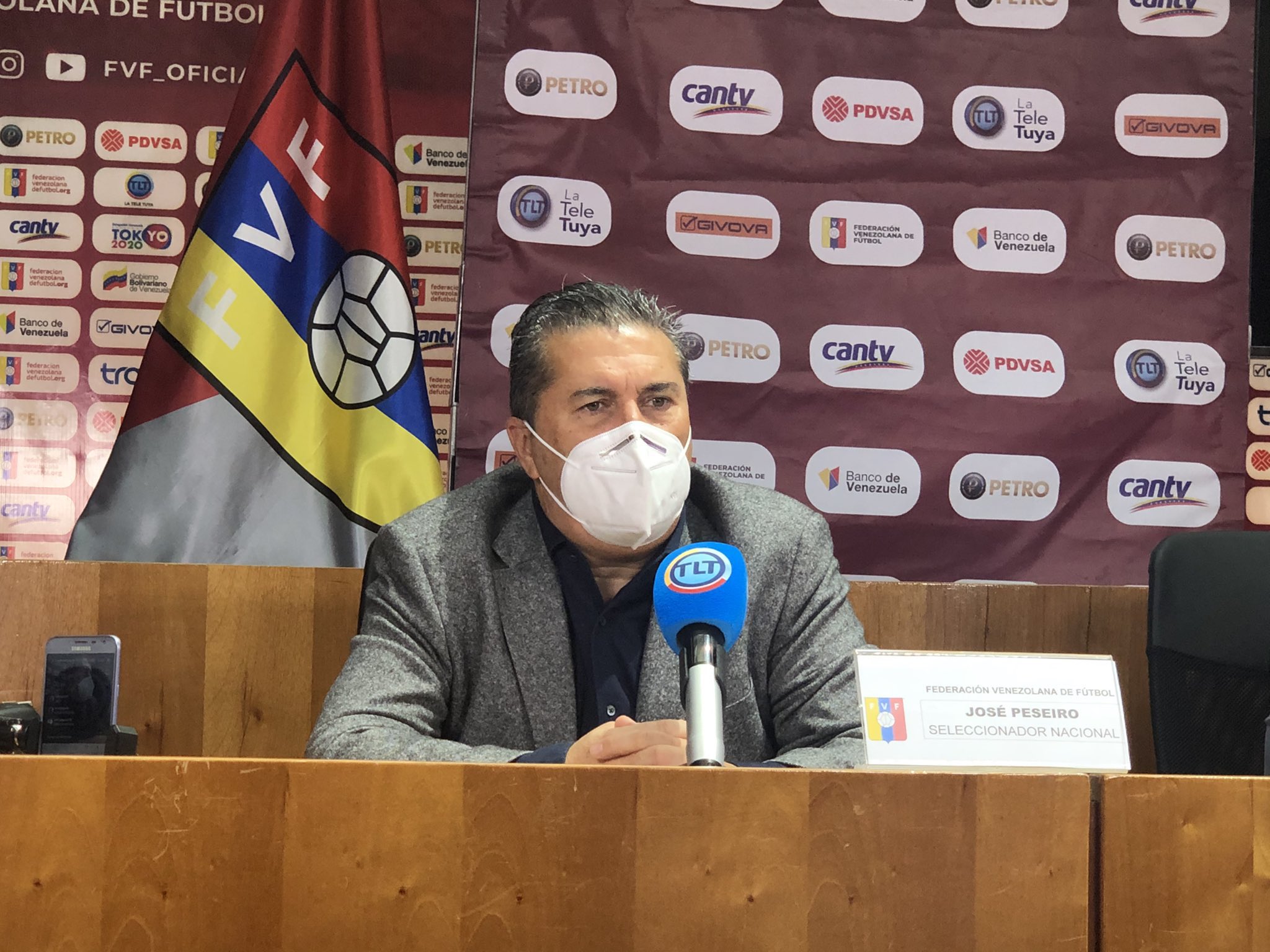 He resigned from his position the following season after Sporting were ousted from the UEFA Champions League, and subsequently from the UEFA Cup and slipped to a lowly seventh position in the domestic league. After his resignation he tried his hand at coaching in Eastern Europe and Saudi Arabia, even being in-charge of the Saudi Arabia national team, but briefly returned to Portugal to coach Braga in the 2012-13 season.

In the calendar year 2016 he was the manager of Porto and then Braga, before moving back to the Middle East in 2017, only to return the following year as the manager of Sporting CP thirteen years after his resignation. But his second stint at the club was short lived as he was sacked this time midway through the season due to a poor run of results. 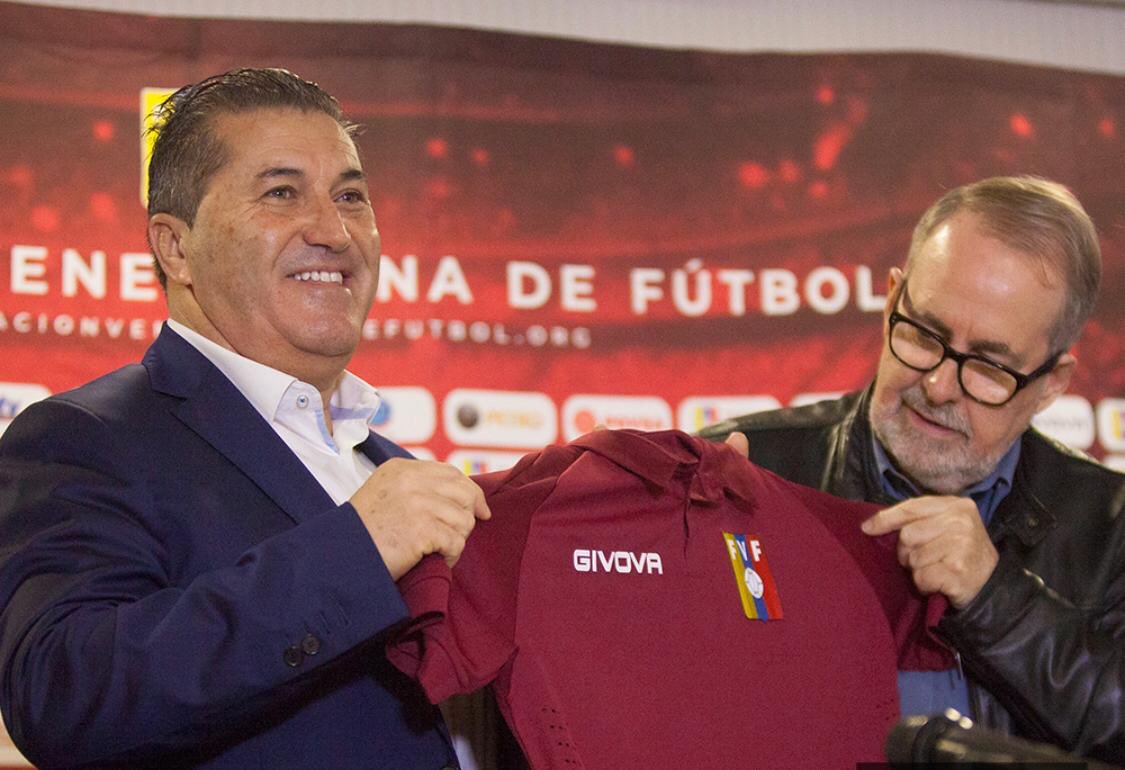 After being out of job for more than a year, he was appointed as the coach of the Venezuelan national team and will be leading the team this summer at the Copa America in Colombia. 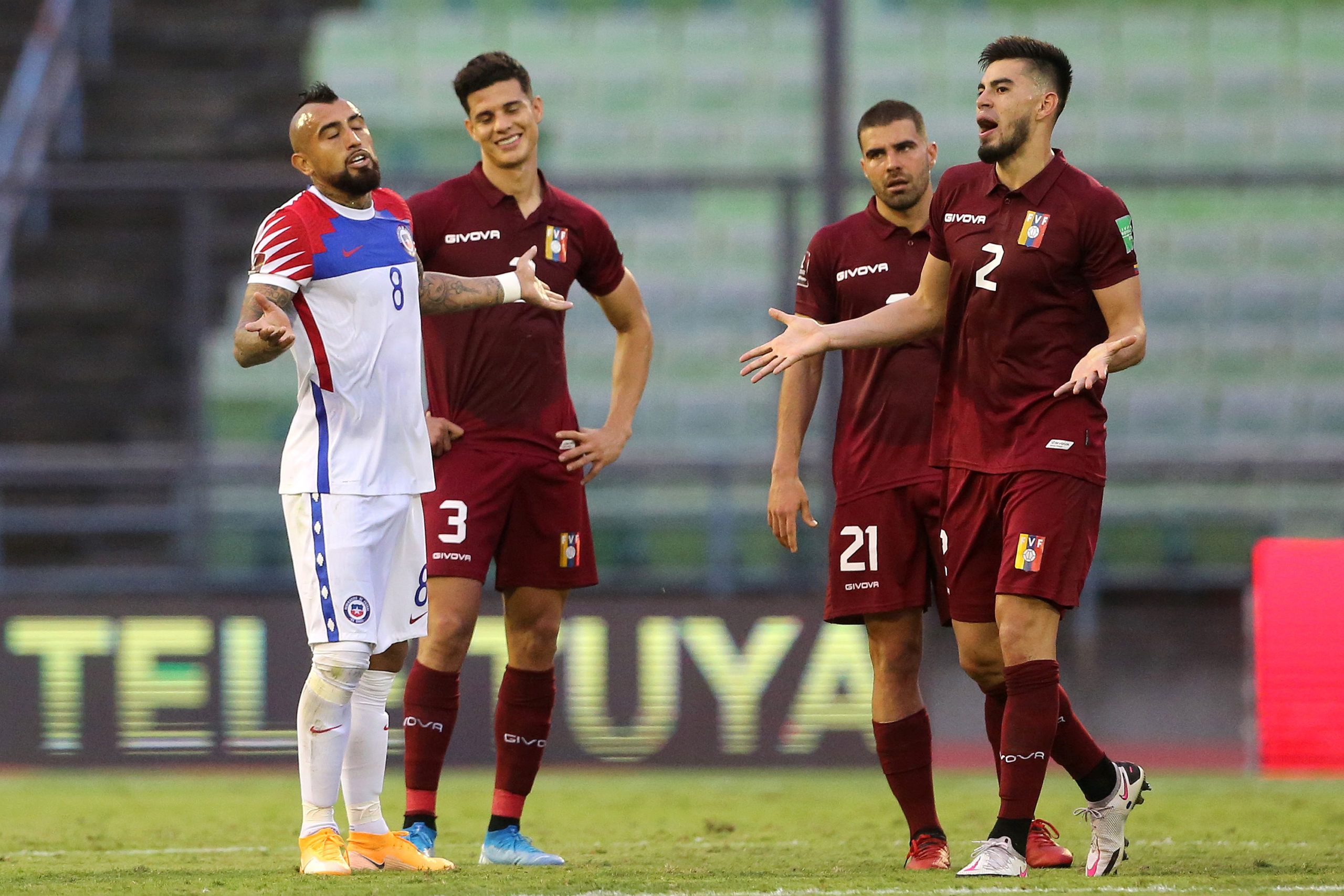 When it comes to the debate of the star player of the Venezuelan national football team, it is hard to argue against veteran centre forward Salomon Rondon. The current CSKA Moscow player has, in the past, plied his trade in England at West Bromwich Albion and Newcastle United and in Spain with Malaga. He is Venezuela’s all-time top goalscorer with 31 goals and has been playing for his national team since he was 18 years old. 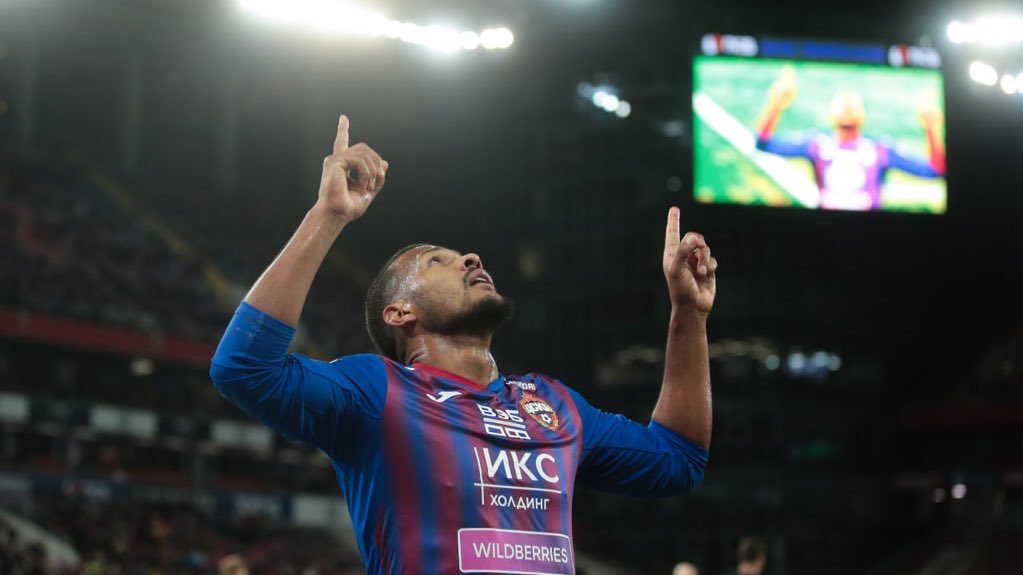 The former Las Palmas player has represented his country in four Copa America tournaments and harbours dreams of playing for his country at the 2022 FIFA World Cup in Qatar. He has loads of experience playing at the highest level in football and this will come in handy for the Venezuelan national team when they start their Copa America campaign this summer against South American giants Brazil at the Estadio Atanasio Girardot

The football player to look out for this summer in Colombia for the Venezuelan national football team is none other than Cristian Casseres Jr., who plays for New York Red Bulls in the United States’ Major League Soccer as a defensive midfielder.

He was recruited by the Red Bulls in early 2018, making his first team debut for the side in late August 2018. The following year he was named New York Red Bulls’ best defensive player for his performances throughout the 2019 season. 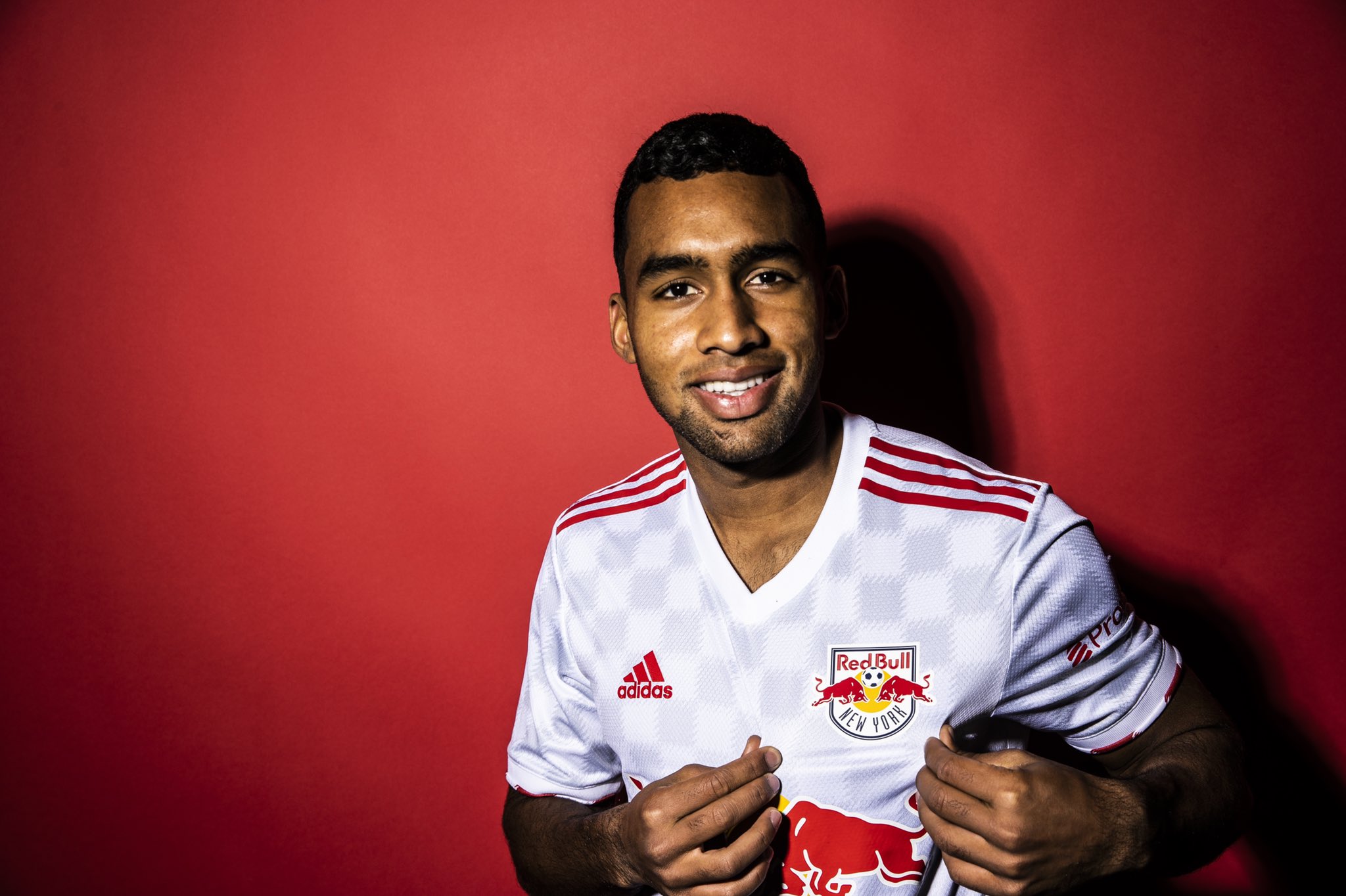 He has started the current MLS season in a brilliant vein of form – scoring one goal in two matches until now – and will surely be a difference maker for Venezuela at the world’s oldest international tournament this summer.

As mentioned earlier, Venezuela have only reached the semi-finals of the tournament only once – that too a decade ago. They were winless at the Copa America for almost three decades between 1975 and 2004.

In addition to this, their qualifying form in the South American World Cup qualifiers gives a glimpse of things to come (they are in eighth place in the standings). Los Vino Tintos have never won the Copa America, as such it will be a humongous task for the current crop of players to go all the way in the tournament.

Venezuela’s chances at this year’s Copa America look rather bleak to say the least. When one takes into account the fact that they are in a group where they will be largely battling for the last qualifying spot with Ecuador says a lot about the level of competition they will be offering when compared to footballing heavyweights like Brazil, Colombia and Peru (who will most likely be finishing in the top three places in Group B).

Venezuela are the dark horses of this competition and will have a hard time qualifying for the knockout stage given the fact that their group also contains tournament favourites Brazil, relatively well equipped and more experienced Colombia and more illustrious Peru (Peru have taken part in five FIFA World Cups and even been victorious in the Copa America).

Venezuela will be vying with Ecuador (who have also never won the Copa America) for the fourth and final qualifying place in the group. FootTheBall predicts that Venezuela will, at best, make it to the quarter-final stage of the continental tournament where they will be eliminated at the hands of the first placed team from Group A.