Thomas supports bonus pool but paying no attention to it

Thomas supports bonus pool but paying no attention to it 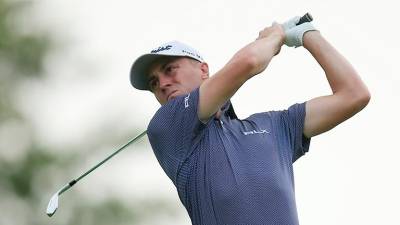 FLORIDA: Justin Thomas (pix) voiced his support on Wednesday for the PGA Tour’s new bonus structure that will reward the game’s biggest stars but the world No. 2 will not lose any sleep over where he sits in the payout rankings.

“I’m not going to pay any attention to it,” Thomas said at Innisbrook Resort in Palm Harbor, Florida, where he is competing in this week’s Valspar Championship.

“Obviously, it would be great to be the most popular, but I’m not out here for a popularity contest.

“I’m out here to win golf tournaments and win as many as I possibly can. If I play good golf, I’ll do just fine on that program, and that’s the main priority.”

The program will determine a player’s score through their popularity in Google Search, Nielsen Brand Exposure rating, appeal, engagement on social and digital channels, and the frequency he generates coverage across media platforms.

“I’m not going to do anything differently. I’m already pretty active on social media,” said Thomas.

“I’m already pretty active in trying to help out other media outlets or other organisations, charities. I’m just trying to play good golf, and the rest will take care of itself.”

The idea behind the program – which will award US$8m (RM33m) to the golfer deemed most valuable – is to reward players who drive engagement with sponsors and fans.

In theory, that means Tiger Woods, currently sidelined with career threatening leg injuries suffered in a car crash and Phil Mickelson, who is splitting time between the PGA and Champions tours, could benefit.

“Guys like Tiger and Phil that have pushed the game, got the game of golf where they are, they deserve to be where they’re going to be on that list,” Thomas said. “Anybody that thinks otherwise, I just highly disagree with it.” – Reuters