Thunderbastard Kings: Five footballers with dynamite in their left pegs

Thunderbastard Kings: Five footballers with dynamite in their left pegs 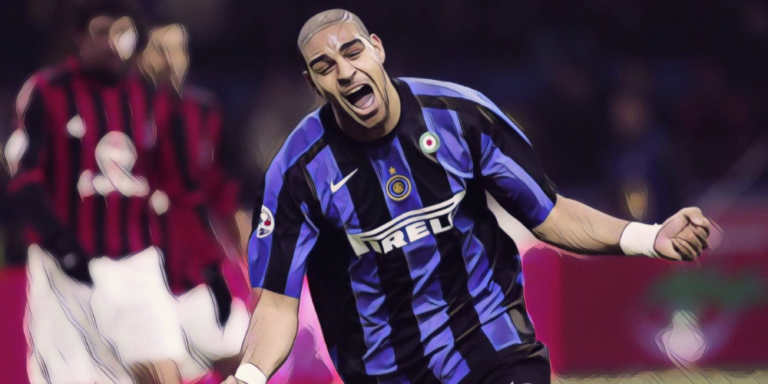 We all love a thumping thunderbastard, don’t we? A strike hit with such venom and velocity that the timeframe between the collective gasp of the supporters and ensuing euphoric eruption is merely a matter of milliseconds.

A player possessing pure power from distance is a potent weapon for any side, one capable of unleashing stunning strikes whenever afforded an opportunity to shoot.

There’s a fairly widespread and scientifically unproven view amongst footballing circles that left-footed footballers are more pleasing on the eye and throughout the years we’ve seen some true thunderbastard kings amongst the leftie community.

We’ve decided to look back at some of the very finest, here are five footballers with dynamite in their left pegs.

Few players possess a better highlights reel than Laurent Robert, a footballer who produced his fair share of spectacular moments during a career spent with clubs including Paris Saint-Germain and Newcastle.

Robert’s repertoire of rockets regularly lit up his five-year spell at St James’ Park, from fabulous free-kicks to long-range launchers from distance, there appeared no range or angle the winger was not capable of scoring from.

Goalkeepers regularly grasped at thin air as Robert’s raspers found their way into the top corners, the Frenchman a vital component of the best Newcastle sides since the turn of the millennium.

Laurent Robert scored two of the best goals you’ll ever see… In the same game!

Few can forget his brilliant brace against Tottenham or a sensational set-piece beyond Fabien Barthez against Manchester United, Newcastle’s long-suffering supporters taking Robert to their hearts given his box-office appeal when lining up a shooting chance.

“I wanna knowwwwww, how you scored that goal” was regularly bellowed by the Kop during John Arne Riise’s time at Liverpool, a terrace tribute to the full-backs ferocious free-kick against Manchester United at Anfield.

Riise’s rasping effort against the Red Devils was just one of a collection of unstoppable strikes from the Norwegian, a man who truly smacked the leather off Premier League footballs with a sledgehammer of a left foot.

There was an endearing simplicity to the vast majority of Riise’s 31 goals for Liverpool, the left-back bursting the back of the net with a left-foot possessing almost unquantifiable power.

The burly Brazilian forward was once heralded as the heir apparent to Ronaldo Nazario for the national side, a player with pace, power and a shooting ability that saw him earn cult status.

Adriano may never have quite delivered on his early potential or lived up to the animated version still revered today, but at his best he was a beast of a footballer and a nightmare for even the best defenders in world football.

The former Inter Milan star possessed genuine dynamite in his left boot with his shooting more akin to heavy artillery than an actual human limb, a striker capable of the sweetest of connections and an ability to render goalkeepers utterly redundant.

Roberto Carlos enjoyed a career of huge success at the very pinnacle of the sport, winning the World Cup and Champions League with Brazil and Real Madrid respectively.

Ask almost any football fan of their abiding memory of the thunder-thighed left-back however, and they will no doubt recall his goal against France in 1997, a strike that more that two decades later still leaves supporters scratching their heads at its gravity defying brilliance.

Carlos is some 35-yards plus when he takes one giant run up and lashes a free-kick with the outside of his boot, the ball swerving and dipping like a balloon prematurely released before its air is contained.

It was hardly a one-off either, Carlos produced similarly spectacular moments throughout his career, regularly accepting an invitation to let one fly with often sensational consequences.

He didn’t always get them right, but when he did they tended to live long in the memory, a man who specialised in hitting the ball very, very hard.

Hammer by name and hammer by nature, Thomas Hitzlsperger provided some memorable moments during a Premier League career spent with the likes of Aston Villa, West Ham and Everton.

His best football came during a five-year spell at Villa Park where he regularly showcased the thunderous shooting ability on his left side, the Holte End regularly calling on the midfielder to wind up when presented with space.

Such was his ability from range, former Villa boss David O’Leary reportedly told the German to try and ignore the calls from the crowd, with their demand for the latest blockbuster drive impacting the star’s overall game.

Hitzlsperger’s collection of stunning strikes includes some exquisite efforts, but perhaps none more so than his venomous volley – straight from a corner – that won Stuttgart the Bundesliga title in 2006/07.

Read – Ranking the 10 best Premier League players of the 2000s

The post Thunderbastard Kings: Five footballers with dynamite in their left pegs first appeared on The Football Faithful.