A Kai Havertz goal saw underdogs Chelsea down Manchester City 1-0 in Porto. The success earned them their second Champions League crown, nine years on from their first. And it also seems to have convinced Silva to extend his time at Stamford Bridge.

Silva joined from PSG on an initial one-year deal with an option for a second. He played 34 games in his debut season for the Blues, contributing to 18 clean sheets.

He has been credited with shoring up the Chelsea backline- which played a crucial part in their European success. The London club conceded just four goals in their entire Champions League campaign.

But his future was still uncertain before the decider, with the extension clause in his contract still to be triggered.

For the second year to be activated, both the player and Chelsea had to agree to it. And while the club have made it clear they want him to stay, the veteran defender had not committed.

But according to the Metro, Silva has now decided to stay put on the back of the success.

Therefore, it seems likely that he will be an option for Thomas Tuchel again next term, with confirmation of his decision to be announced in the coming days. 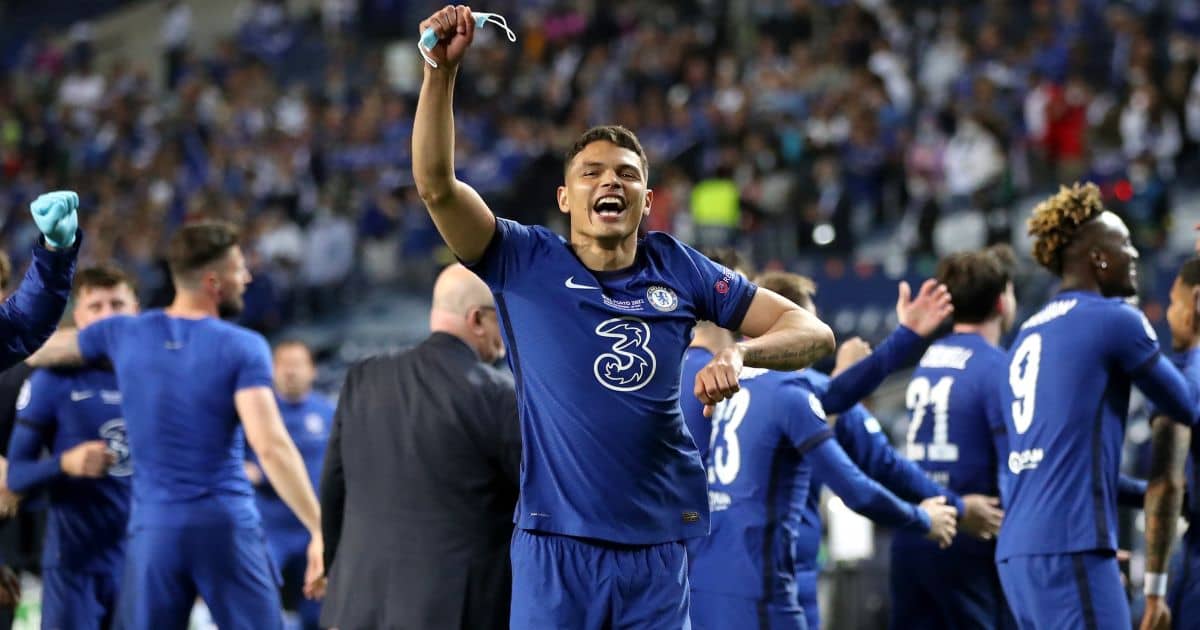 Silva hails his ‘most important day’

The 36-year-old has also admitted that the Champions League win was the “most important day” in his glittering career.

A league and cup winner in France and Italy, Silva had previously failed to taste success in Europe’s elite club competition. Just last year, he finished as a runner-up with PSG, who were beaten by Bayern Munich.

But with the trophy now in his hands, he had no doubts it is his biggest achievement.

“I am really very happy. To have this cup is huge. My injury? A lot of things have happened in my head.

“Getting out of the game very early was difficult for me. But at this level, we cannot be at 70 per cent. But I’m happy because the team stayed calm and defended well.

“We suffered, but we did it well. In the end, we are rewarded for everything we have done.

“It’s special for me, especially considering the pressure we had in Paris to win it. Whenever Paris was eliminated, people wanted to find a culprit and it was me all the time. It’s too bad.

“I hope Paris will win it in the future, because I left a lot of friends there. And I will always stay red and blue.”