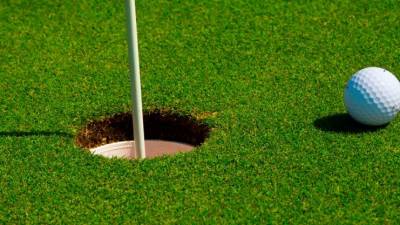 LOS ANGELES: China’s Feng Shanshan drained a birdie bomb at the 19th hole to edge South Korean Ji Eun-hee and reach the semifinals of the LPGA Match-Play at Shadow Creek in Las Vegas, Nevada, on Saturday.

Feng finished a marathon day with a flourish to lead a trio of major champions into the semis.

Thailand’s Ariya Jutanugarn, a former US and British Open champion, also advanced, defeating Australian Minjee Lee 5 & 4 to set up a meeting with American Ally Ewing, who handed compatriot Danielle Kang her first defeat of the week, 1-up.

The semifinals and championship match are set for Sunday.

It was a long day for Feng, who needed 22 holes to beat American Brittany Altomare in the round of 16 on Saturday morning.

Ji had defeated fellow South Korean Jenny Shin at the 19th hole in the round of 16.

Feng had won the opening hole against Ji with a par, and after surrendering the lead was 1-up again at the turn after winning the ninth with a par.

At the 19th – Shadow Creek’s par-four 10th – Ji was in a greenside bunker and Feng on the green but facing a long putt for birdie.

Feng hit first and rattled in the putt, Ji’s shot from the bunker then coming up short.

“To be honest, there were quite a few times when I was on the course I was like, ‘You know what, you’ve tried your best already. You don’t have to give it your 100%,” Feng said of her mindset as fatigue crept in.

“But at the same time I said to myself, if you win today you just need to beat two more people to win the tournament. So my last time to have a chance to win a tournament was 2019, I mean my last victory. So I thought about this and I was like, I’m getting close and just don’t give up and fight until the end.

“I was very happy that the putt finally fell in the hole there.”

“It was a grind,” Ewing said after a long day that included her 19-hole victory over Jenny Coleman in the round of 16.

“Danielle is a competitor and I knew it was going to be a match from the start.”

Kang, the only player to emerge from round robin play with three victories, had beaten England’s Bronte Law 2-up in the round of 16.

She hadn’t trailed all week until Ewing won the 14th hole with a birdie, part of her run of birdies at all of the even-numbered holes on the back nine.

Ewing was 1-up after her birdie at the 16th, but Kang answered with a long birdie at the par-three 17th to square the match. At 18, Ewing chipped from the greenside rough to five feet for a winning birdie.

“I rely a lot on my ball-striking, but you’ve got to be able to putt in match play,” Ewing said. “Danielle is a great putter. She’s a clutch putter. We saw that several times today. Thank goodness I was able to match her several times and close it out.”

Popov called her victory over Patty “stress free,” and after the long, hot day she was relieved to finish it off early after a 20-hole victory over world number two Park In-bee in the round of 16.

“I can’t wait to put my feet up and do it all again tomorrow,” Popov said. – AFP