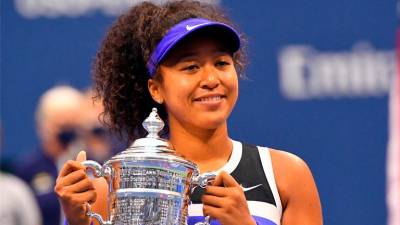 PARIS: Naomi Osaka’s (pix) decision to shun the media at the French Open has rocked the tennis landscape and all eyes will be on the world No. 2 when she takes on Romanian Patricia Maria Tig in her first match on Court Philippe-Chatrier on Sunday.

Osaka’s announcement that she would boycott her press conferences to protect her mental health has sparked heated debate, with the 23-year-old Japanese player drawing support and condemnation from various quarters.

Osaka missed last year’s French Open with a hamstring injury and her preparation has been far from ideal this year, with only three matches under her belt on clay after early defeats in Madrid and Rome.

She has never progressed beyond the third round in Paris, and said in Rome that she was still coming to grips with her least-favourite surface.

“In a weird way I’m kind of glad I’m not winning,” Osaka had said. “I know that sounds a bit off, but I feel like I’m learning a lot.”

Men’s fourth seed Dominic Thiem, who stitched together a run to the semifinals in Madrid before falling early in Rome and Lyon, is also in action against Spaniard Pablo Andujar.

Twice a finalist at Roland Garros, the Austrian will not meet one of the ‘Big Three’ – Rafa Nadal, Novak Djokovic and Roger Federer – until the quarterfinals, being in the other half of the draw, but is more worried about his own form.

“I think the way I’m coming into the tournament, the way I also played the last weeks, the only thing I can focus on is the first rounds,” Thiem said. “I shouldn’t focus at all on who is in my quarter or even who is in my half.”