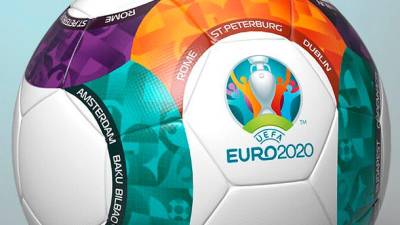 ZURICH: Anything but a top-two finish at the European Championship must be considered a failure for Switzerland, said captain Granit Xhaka, even if his coach has been trying to dampen expectations in recent days.

“We don’t need to beat around the bush: Our goal is a place in the top two. Anything else would be a big disappointment for me,” Xhaka told a weekend news conference as the Swiss prepared for Euro 2020.

It came just days after coach Vladimir Petkovic warned against unrealistic goals for the tournament.

But Xhaka, competing at a fourth major tournament in a row, insisted Switzerland had the goods to go all the way.

“We are all more mature and, in every respect, much further down the road as a team. The core of the squad has been working together for years. The climate is right, the interpersonal atmosphere is right.

“At the 2014 World Cup and in France in 2016, we missed out by a hair’s breadth. In Russia, we were stopped by the Swedes because we were mostly mentally broken.”

Xhaka and teammate Xherdan Shaqiri, who are of Kosovar Albanian heritage, were fined for their provocative goal celebrations in a 2-1 victory over Serbia in the group phase at the 2018 World Cup and then went out tamely in the round of 16 to Sweden.

“The aftermath of the disturbing game against Serbia threw the team off balance. We behaved wrongly and so, from now on, the concentration is fully on sport matters only,” Xhaka said.

The Swiss open their Euro 2020 campaign against Wales in Baku on June 12 and also play Italy and Turkey in Group A.

“We’ve landed in one of the most difficult groups. The Turks have a generation with a lot of talent and quality. Italy is Italy. Their experience speaks for themselves, while Wales surprised everyone at the last European Championship.

“But we all feel better than we’ve ever felt before. I think the time has come to make history. When, if not now?” he asked. – Reuters