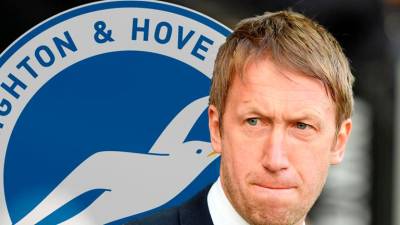 BRIGHTON: Brighton manager Graham Potter (pix) hailed the return of fans as a “fantastic” step forward after his team drew 1-1 with Chelsea in a pre-season friendly on Saturday.

Spectators were allowed into a Premier League ground for the first time in almost six months, with about 2,500 watching the match at the Amex Stadium on England’s south coast.

The game was one of a number of trial events announced by the government for a phased return of spectators following the ban on mass gatherings in March due to the coronavirus outbreak.

The Premier League resumed behind closed doors in June.

“I thought it was a fantastic day – a small step to getting back to normal as soon as we can safely do so,” said Potter.

“It was so nice to see fans here because as we know it brings a completely different dynamic to the stadium and I thought they made a lot of noise and really got involved in the game. Hopefully they enjoyed the performance as well.”

Frank Lampard’s Chelsea, who have a number of players in quarantine after returning from their summer break, took an early lead through new signing Timo Werner but Pascal Gross levelled for Brighton with a late penalty.

Strict social-distancing measures were in place around the ground and for seating in the sparsely populated stands.

There were hand sanitisation points on the approaches to the ground, while face coverings were also required for fans – many sporting the Seagulls’ blue and white colours – while they were queueing to get in, although not while seated.

A digital match ticket was scanned for entry into the stadium, with cashless transactions at kiosks and there was signage reminding fans of the need to regularly wash hands.