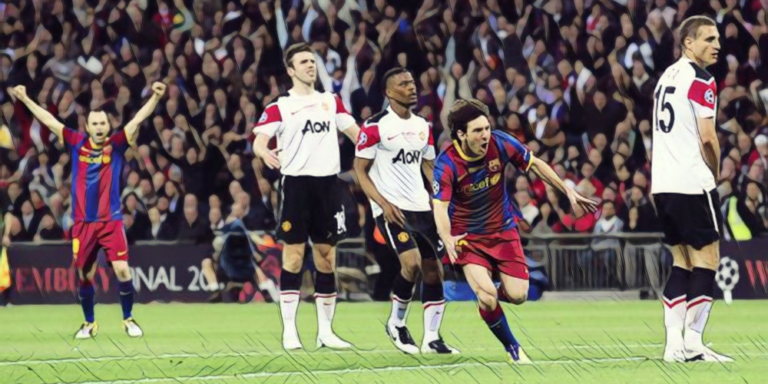 Barcelona and Manchester United have enjoyed some classic contests throughout the years, two of European football’s biggest clubs having regularly clashed in continental competition.

The two teams have won eight Champions League trophies between them and contested two finals during the modern era, whilst the sides also met in the final of the now defunct UEFA Cup Winners’ Cup in 1991.

Throw in some entertaining encounters during the Champions League group stages during the late nineties and there have been some great goals scored in fixtures between the footballing giants.

This video looks back on some of the very best goals scored by Barcelona against Manchester United, including some stunning strikes from names such as Rivaldo, Samuel Eto’o and Lionel Messi.