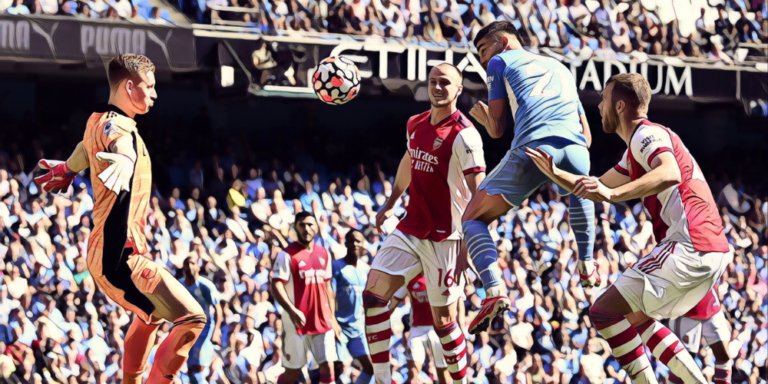 Our weekly Premier League awards honour the best – and worst – of the football action from the last week.

Moment of the Week

Where else to start but the return of CR7?

Manchester United‘s re-signing of the five-time Ballon d’Or winner has capped the most extraordinary transfer window in recent memory, the Red Devils reaching an agreement with Juventus over the weekend to sign the 36-year-old.

It marked an incredible turn of events as speculation circled a potentially unthinkable move to Manchester City, but Cristiano Ronaldo is now set to return to his former stomping ground over a decade after his world-record departure to Real Madrid.

Ronaldo may be 36, but he is far from any ordinary 36-year-old footballer and his return to Old Trafford has both romanticism and box-office appeal.

He remains one of the world’s best and for arguably the first time ever, the Premier League is now home to the majority of the planet’s finest footballers.

Player of the Week

Manchester City scored five for the second successive Premier League game, thrashing Arsenal at the Etihad to pile the pressure on the under-fire Mikel Arteta.

Despite links to star names including Harry Kane and the aforementioned Ronaldo throughout the summer, the transfer window looks set to slam shut without the addition of an elite number nine.

Ferran Torres did his best in an audition for the regular role this weekend, starring during the destruction of the Gunners with two goals and an assist.

Ferran Torres stepped up in the No. 9 role for City today

The Spaniard’s brace came with instinctive finishes from close range in a performance that will please Pep Guardiola, and the 21-year-old – with further work on the training ground – possesses all the attributes to lead the line for City this season.

Goal of the Week

West Ham have picked up where they left off last season with a strong start to the campaign, collecting seven points from three fixtures following a 2-2 draw with Crystal Palace this weekend.

David Moyes has spoken of his desire to add to his forward options, but his current contingent have worked in perfect harmony over the opening weeks of the Premier League season.

Michail Antonio has been the star of the show with four goals and three assists to date, including providing the pass for the impressive Pablo Fornals to open the scoring at the London Stadium this weekend.

All of the action from our draw with Crystal Palace today, with goals from Antonio and Fornals

It was a wonderfully worked goal as the two exchanged passes inside the Palace penalty area, cutting open the Eagles defence with Fornals rolling home into a gaping goal.

Save of the Week

David de Gea‘s position as Manchester United’s number one has been under increasing threat from Dean Henderson over the past year, but the Spaniard provided a reminder of his quality during the Red Devils’ win at Wolves.

De Gea was commanding throughout as the visitors rode their luck to secure three points, the highlight of his performance an outstanding double save from close range to deny Roman Saiss.

There’s no beating @D_DeGea when he’s in that mood

It was vintage De Gea as he showcased his elite agility to spring up and save the Moroccan’s second attempt, rolling back the years with a stunning save that proved pivotal to a hard-fought win at Molineux.

Quote of the Week

Granit Xhaka’s senseless red card for Arsenal had an all too familiar feel for many, with the Switzerland midfielder having now been dismissed 11 times in his career to date.

Xhaka’s moment of madness cost his side dearly in an encounter the club were already struggling in, though it came as little surprise to those who have watched the 28-year-old regularly at the Emirates.

Former Arsenal player Perry Groves was exasperated when talking to talkSPORT about his latest brainfart.

“I was doing the West Ham game yesterday and I hadn’t seen it and someone said to me ‘Xhaka’s been sent off’, so I said to them ‘I bet it’s a launch in, two-footed, where he leaves the ground and does a scissor tackle’.

“And you think, the definition of insanity is where you keep doing the same thing over and over again and you think you’re going to get a different result.”

Donkey of the Week

For the third week in succession, we’re heading to Arsenal for our Donkey of the Week, the Gunners possessing no shortage of contenders for his dishonourable award.

Mikel Arteta’s team selection was criticised and perhaps rightly so, but the performance of his players was both abject and concerning.

Granit Xhaka’s reckless red card has been mentioned and was rightly condemned, whilst Pierre-Emerick Aubameyang could hardly have looked less interested and his position as captain should be questioned.

Our Donkey of the Week, however, is Calum Chambers, who looked out of his depth in what was a shambolic display of defending at the Etihad.

Chambers earned praise last season following a run at right-back, but at 26 has failed to live up to his initial promise and his performance at the Etihad was the clearest visibility of Arsenal’s mediocrity.

He was at fault for the first goal after being beaten too easily in the air, whilst his static defending against Jack Grealish led to City’s third – a performance to forget on his 150th in the Premier League.