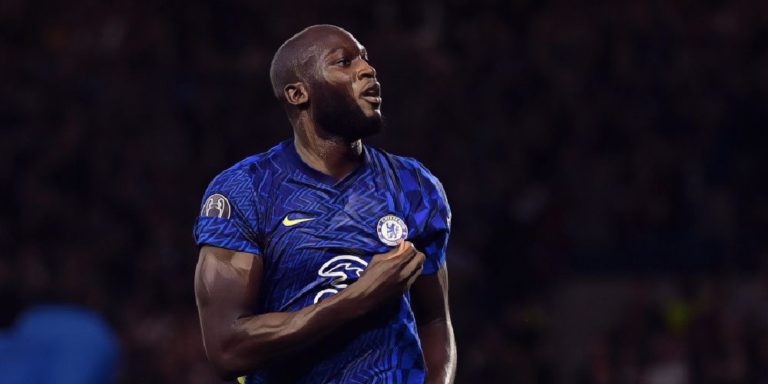 Antonio Conte says Chelsea still haven’t ‘figured out’ how to get the best from Romelu Lukaku yet.

Lukaku has scored four goals in eight appearances since signing for Chelsea in a £97.5m club record deal from Inter Milan, but has failed to score in each of his last four for the west Londoners.

The Belgium international returned to the club this summer after scoring 64 goals across the past two seasons at Inter, flourishing under the management of former Chelsea manager Conte at the San Siro.

Following the 1-0 loss against Juventus on Wednesday evening, Conte has given his view on Lukaku’s start at Chelsea and believes his former side have still not learned how to get the very best from their marquee arrival.

“I think he can still do better, above all with his technique. He is already at a very high level, but a player must keep improving until the day he retires,” Conte told Sky Sports Italia.

“During the game, there are moments when Lukaku needs to be turned on, but other than that he is one of the toughest forwards to play against, because he can do damage in any area of the pitch.

“If you have a centre-forward like that, you need to use him and I don’t think Chelsea have quite figured out how to use him yet.

“Last season, they didn’t have a proper centre-forward, so they rotated positions, whereas Romelu is a real reference point in attack. If they can figure out how to use Lukaku, then Chelsea can become the team to beat in the Champions League this season.”

Conte believes his time with Lukaku helped improve the forward as a player, discussing his admiration for the Belgian and how he believes the 28-year-old can thrive when given a licence to run at defences from deep.

“A coach is good if he can improve players. I think we did great work with Romelu over two years.

“He is a very specific striker. Bringing Lukaku into the box, he is dangerous. However, when he starts from midfield, he is incredibly quick. It is very difficult to find a player who is both a target man, but can also run from midfield.

“These are also characteristics I can see in Erling Haaland. I had been tracking Lukaku for a very long time and wanted him when I was at Chelsea, even when he was at West Brom.”

The post Conte says Chelsea haven’t ‘figured out’ how to get the best out of Lukaku yet first appeared on The Football Faithful.