UFC Fight Night: Santos vs Walker is all set for late Saturday night. Fight fans can get a full slate of UFC betting tips for the main card bouts, as well as UFC predictions, and an exclusive free bet at Betfred below.

Bet on UFC Fight Night: Santos vs Walker at Betfred.

If you’re looking for a full betting preview of each UFC Fight Night: Santos vs Walker main card bout, plus UFC predictions, and an exclusive free bet for sportslens readers only available at Betfred, read on:

This main event features a couple of Brazilian light heavyweights that live to stand and bang in the Octagon as Thiago Santos (21-9) meets Johnny Walker (18-5).

Santos hasn’t managed to win any of his last three fights. With the light heavyweight strap on the line, the perennial contender was outclassed by Jon Jones before losing back-to-back fights vs Glover Teixeira via submission and Aleksandr Rakic courtesy of the judges’ scorecards.

Santos will be aiming to halt this three-fight skid by defeating countryman, Johnny Walker, who has been out of action for almost a year. Walker is 4-2 in the UFC and eager to insert himself into the title picture ahead of next year.

It’s a tough fight to call from a betting perspective. Walker is in better form but Santos, despite a few losses of late, does boast a career win over current champion Jan Blachowiz and has fought vastly superior opponents inside the Octagon…

Oddsmakers have made Santos favourite for a reason, and we’re going with them on this one. 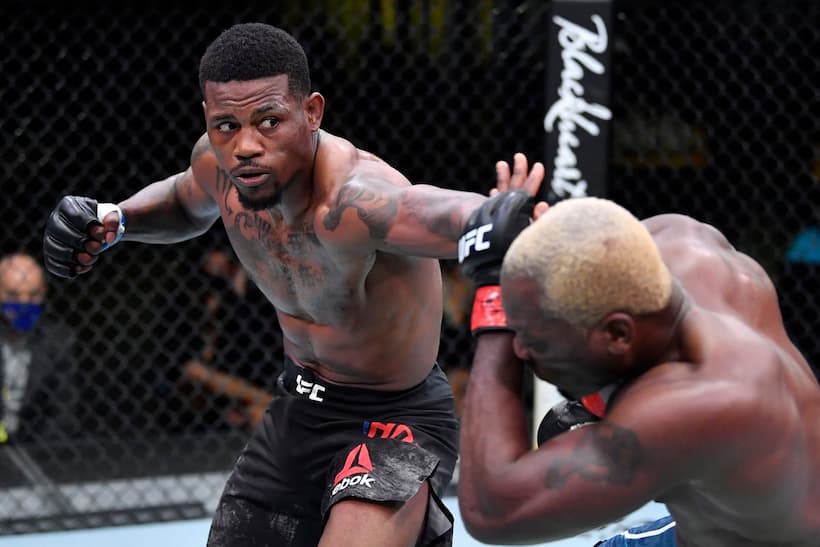 The co-main event features two exciting middleweights who are looking to get back into the win column.

Kevin Holland (21-7) won five fights during 2020. But the American has struggled in the Octagon of late, losing to Derek Brunson and Marvin Vettori. Holland was out-wrestled in both of these bouts and will need to show big improvements if he’s to defeat Kyle Daukaus (10-2).

Daukaus, a Contender Season 2 star, was drafted into the UFC in the summer but lost his first fight against Brendan Allen. He did rebound from the setback, getting back into the win column with a defeat of Dustin Stoltzfus but was left battered and bruised by Phil Hawes in his last fight.

It’s hard to bet against Holland in this fight. The kung-fu expert has fought some of the best middleweights in the division and, though he has come up short of late, still appears the classier of the two fighters.

Prediction: Holland to win – 4/6 at Betfred

The Brazilian “Cowboy” Alex Oliviera (22-10-1) always brings plenty of energy and enthusiasm to his fights. His jiu-jitsu rivals most in the welterweight division and he will be looking to tap Niko Price (14-5-2NC) on Saturday night as he bids to climb back up the divisional rankings following a two-fight skid.

Price is also on a skid: in between losses to Vicente Luque and Michel Perreira, the striker did claim a decision win over another Cowboy by the name of Donald Cerrone. However, this result was later overturned to No Contest when Price tested positive for marijuana and was later issued a six-month ban from the octagon.

The oddsmakers have listed Price as the favorite for this bout, and we tend to agree. The Florida-native is a better striker than Oliviera, and his Brazillian opponent has a habit of trying to beat opponents at their own game and getting found out.

Prediction: Price to win at – 4/7 at Betfred 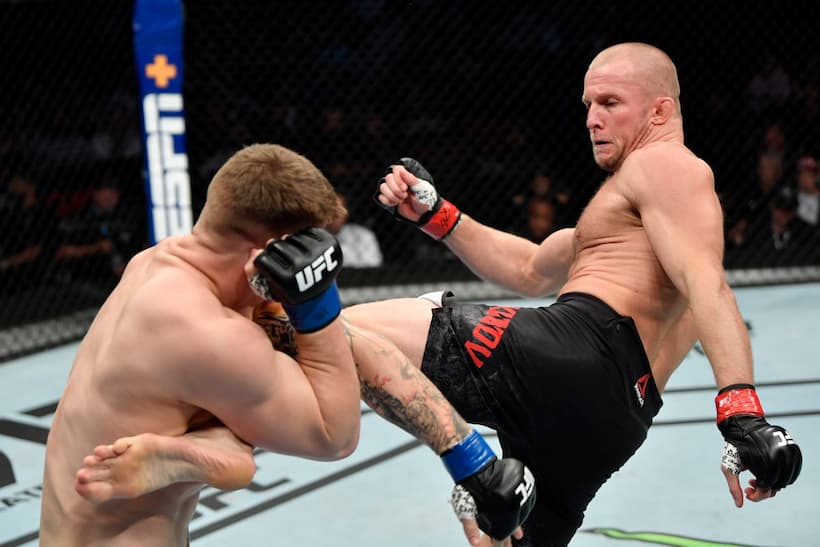 Misha Cirkunov (15-6) drops down a division to take on Krzystof Jotko. The Russian has been on a 2-4 run of late, most recently being KO’d by Ryan Spann in March of this year. He does, however, boast a win over Australian talent Jimmy Crute and is not to be taken lightly, especially not at middleweight where he’s expected to look huge.

Historically, Jotko (9-5) had proven himself to be something of a gatekeeper in the middleweight division but did go on a three-fight winning streak earlier this year before the run was ended by an in-form Sean Strickland. The Polish striker is definitely the more technically proficient striker of the two combatants, especially in the kicking game. But Jotko doesn’t throw enough out there. Despite being the flashier striker, Cirkunov outlands him by 4.18 to 2.14 significant strikes landed per minute.

Jotko’s propensity to shell up will work against him here. We expect Cirkunov to connect with big strikes, take him down, and make him carry his weight. Cirkunov to win via decision.

In a fight that’s been cancelled repeatedly since the summer of 2020, bantamweight contenders Aspen Ladd (9-1) and Macy Chiasson (8-1) are finally back to full fitness and health and will meet in the Octagon this Saturday night to open the card.

Ladd has only been beaten once in her pro career – a tough 0.16s KO loss to Dutch striker Germaine de Randamie. The California-native did rebound from that defeat to take out Yana Kunitskaya via a 3rd round TKO. But she hasn’t fought since then, as a series of injuries, illnesses, and cancellations conspired to keep her on the sidelines.

As for Chiasson, she’s won two on the trot having defeated Marion Reneau and Shanna Young via the judges’ scorecards but has those two fights were also separated by a year of inactivity.

Both of these young women know how to strike. But the volume and accuracy statistics side with Ladd who lands with 5.22 significant strikes per minute at 55% accuracy compared to Chiasson, who connects with 49% of her strikes and lands 4.16 per minute. Hence, so long as Ladd has improved her defense, we feel she has the striking skills required to get the job done and pick up a vital W to put her back in championship contention.

Prediction: Ladd to win – 4/9 at Betfred 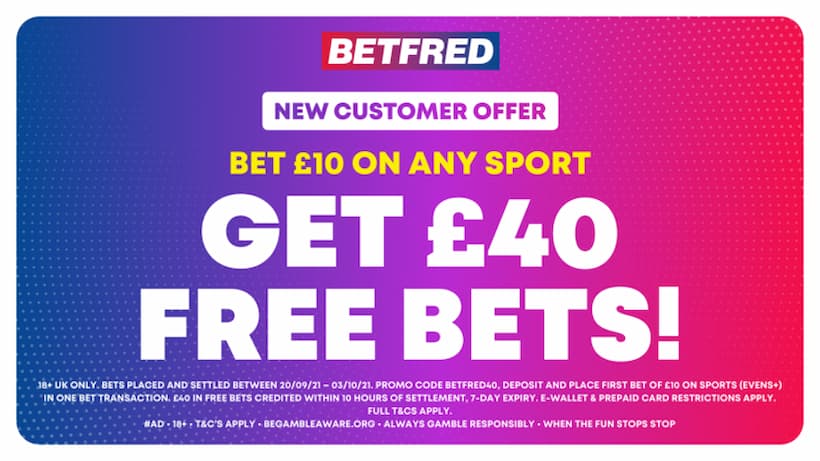 Betfred has a special promotion for all newcomers to the site: Bet £10 Get £40 In Free Bets. This promo can be used in conjunction with UFC Fight Night: Santos vs Walker.

To claim your £40 in free bet credits at Betfred, just follow the simple steps below: