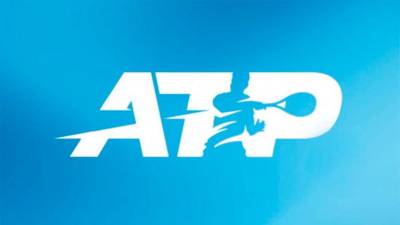 PARIS: The coronavirus pandemic continues to reshape the men’s tennis calendar with Indian Wells absent from the schedule for the eight weeks following the Australian Open, released by the ATP on Tuesday.

Indian Wells in California is traditionally the first Masters event of the year on the men’s tour and runs alongside a women’s tournament.

The ATP said that “due to the impact of COVID-19” it would not be held on “its customary dates in March.”

The tournament organisers released a statement saying: “This decision was made after thorough consultation with state and local health authorities.”

“The tournament is proactively working with the ATP and WTA Tours as well as title sponsor BNP Paribas to confirm dates later in the year to hold the event.”

California is suffering a spike in virus cases.

The Australian Open, originally scheduled to start on January 18, had already been pushed back to February 8-21 in a reconfigured schedule for the first seven weeks of 2021 released on December 17.

On Tuesday, the ATP said that the Australian Open, the men’s tour would be followed by European indoor events and swings through Latin American and the Middle East leading up to the Miami Open, a Masters event, in the final two weeks of March.

The ATP said that “all subsequent sections of the 2021 calendar, beginning with the spring clay-court season from week 14, remain unchanged at this time.”

It said it was looking at the possibility of adding one-off tournaments to fill gaps in the schedule. – AFP

Health in mind, Meyer won’t be ‘nut’ at practice