Leeds striker Rodrigo Moreno has emerged as a transfer target for Atletico Madrid just half a year after moving to the Premier League, according to a report.

Leeds broke their transfer record to bring Rodrigo to the club in the summer transfer window. The forward arrived at Elland Road for a fee of £27m.

Since his move to England, the Spain international has scored three goals from 14 appearances in the Premier League – eight of which have been starts.

Leeds may have been wanting a better return from their summer signing, although he remains an important player for Marcelo Bielsa. Even so, rumours are already emerging of a potential departure for the 29-year-old.

According to TuttoNapoli, Rodrigo is one of the alternatives to Arkadiusz Milik being eyed up by Atletico Madrid.

Atletico are looking for a new striker after agreeing to release Diego Costa. Napoli forward Milik is reportedly one of the leading contenders.

The Poland international has been frozen out at the Serie A side this season. Therefore, he is likely to look for a new club six months ahead of the expiration of his contract. Reports have linked him with Tottenham, for example.

Atletico would be another potential suitor, but the La Liga giants are also keeping an eye on a number of other strikers. The report claims Rodrigo is one of the alternatives. 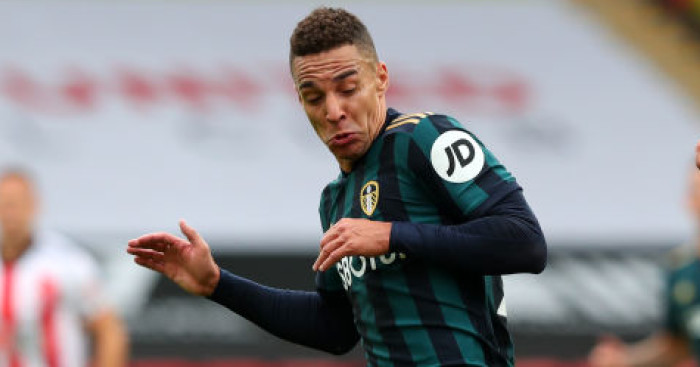 Rodrigo has plenty of La Liga experience after previously enjoying a long stint with Valencia. Therefore, it seems Atletico believe he could make an instant impact if he was to move to the Spanish capital.

Indeed, the report claims Atletico want a striker who has experience in Spain as a priority. That means Milik has fallen down their shortlist – but Rodrigo remains an option.

They have also identified Raul De Tomas of Espanyol and Loren Moron of Real Betis as potential targets.

Rodrigo – who was among the scorers in a 5-0 win over West Brom this week – signed a contract until 2024 when he joined Leeds in the summer, so may be in no hurry to move again.