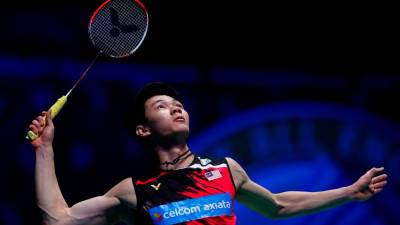 KUALA LUMPUR: The Badminton Association of Malaysia (BAM) had firmly refuted a news report linking national number one men’s singles shuttler Lee Zii Jia as walking away from the association.

Its secretary-general Datuk Kenny Goh said the current world number seven was completely unaware of the recent rumours of him quitting the BAM and remain committed with them.

“His determination and vision remains the same as the leading national men’s singles player of the country. He is 100 per cent focused on Paris 2024,” he said on BAM’s Facebook post today.

Yesterday, a local news portal reported that the 2021 All England champion would leave BAM and continue his journey as a professional player next.

Not only that, it was reported that 23-year-old would receive an enormous seven figure amount of sponsorship money should he decide to do so. – Bernama