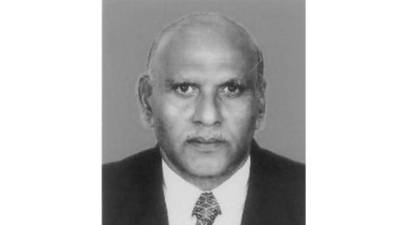 The Football Association of Malaysia (FAM) in a statement tonight informed that Kuppan – who was a national player in the 60s and coached the national squad during the 70s – will be buried in Butterworth, Penang.

Born in Bukit Mertajam on Oct 14, 1936, Kuppan was called by the nickname Harimau Bintang or Black Panther from Penang, as well as ‘Jetboots’ due to his agility during attacking play.

Kuppan began his football with Penang as a striker and right-winger at the age of 19, and was a member of the national squad coached by Choo Seng Quee, that won the Pestabola Merdeka title in 1958, 1959 and 1961.

Plying his trade during the era of legends such as Tan Sri Abdul Ghani Minhat, Sexton Lourdes, Edwin Dutton, Ahmad Nazari Min Zohari, Yusof Bakar, M. Govindaraju, Majid Ariff and Rahim Omar, Kuppan was also a member of the national squad that won the gold at the 1961 SEAP Games, but was not selected for the Asian Games 1962.

He started his coaching career after attending a coaching course in 1972, and led Penang to win the 1974 Malaysia Cup before winning the 1976 Pestabola Merdeka championship with the national squad.

After retiring, he founded the Blue Cross Sports Club and became an advisor to the Blue Star academy.

Kuppan was offered to become the national coach in 1988, but turned it down, and the job was taken up by Richard Bate instead.-Bernama