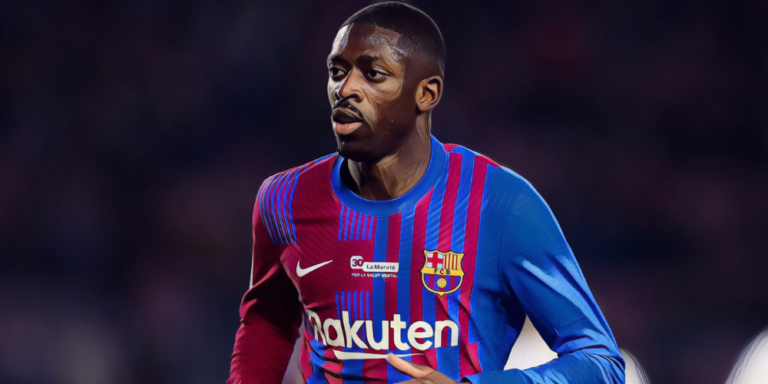 Two Premier League clubs have made contact with Ousmane Dembele following the breakdown in the winger’s contract talks with Barcelona.

Dembele is out of contract at the end of the season and will be free to negotiate with foreign sides from January, having failed to agree terms on an extension with the Spanish side in recent months.

Barcelona’s current financial situation has provided a stumbling block in negotiations with the France international, with the Catalans having informed Dembele’s representatives that they are unwilling to match the 24-year-old’s current wage demands.

Fabrizio Romano is reporting that Dembele has become unsettled with the refusal to sanction a new deal, after the La Liga side this week spent €55m on Manchester City forward Ferran Torres.

Ousmane Dembélé. The situation is in real danger as @gerardromero reported. More

Barça told they’re NOT able to give him the salary he wants.

Game over? Ousmane’s open to talk ONLY at his conditions. It’s now very complicated. pic.twitter.com/PML1VeAx99

The World Cup winner has been plagued with injury issues since arriving in an initial €105m deal from Borussia Dortmund in 2017, starting just 57 league games across four-and-a-half seasons at the Camp Nou.

Despite his concerning record with injuries, two Premier League clubs are understood to have approached the winger with ‘serious’ interest about a move to English football.

Romano has confirmed that Newcastle are one of the sides interested in his services, as the billionaire-backed Magpies look to invest in the squad next month and ease relegation fears.

The other interested club is so far unnamed, though Manchester United have regularly been credited with an interest. Dembele’s arrival at Old Trafford would come as a surprise given the Red Devils’ capture of Jadon Sancho last summer and the presence of talented youngsters in Marcus Rashford, Mason Greenwood and Amad Diallo.

Dembele has made three league starts for Barcelona this season after missing the opening months of the campaign with knee and hamstring issues, providing two assists.