Cheats or just street-wise? – Five of football’s masters of the Dark Arts

Cheats or just street-wise? – Five of football’s masters of the Dark Arts 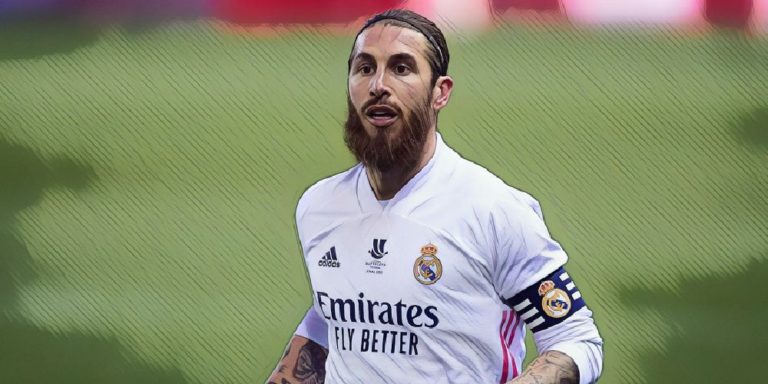 For all of the good intentions of playing football in the right manner, the essence of the game is about winning and some players will literally do anything to grant their sides a marginal advantage and get over the line.

Mastering the morally-questionable methods of overcoming opponents is often referred to as the ‘dark arts’ and perhaps no player has exhibited a penchant for them quite like Sergio Ramos in recent times.

On the Real Madrid captain’s birthday, we look at five of the best modern masters of football’s dark arts:

The man himself and a footballer whose will to win knows no boundaries, Ramos has shown for some time he is prepared to antagonise his way to an advantage against any opponent.

Ramos has been arguably the best defender of his generation but polarises opinion amongst the masses given his approach to the game, possessing a win-at-all-costs mentality and penchant for upsetting opponents.

From his UFC-inspired ending of Mohamed Salah’s Champions League final to his twice-seasonly assaults on Lionel Messi in El Clasico, Ramos’ reputation is thoroughly deserved.

Football is often labelled the beautiful game, but Ramos is a player who embraces the ugly side of the sport, a man happy to push his luck and do much more than just ruffle feathers.

Ramos may not be to everyone’s taste, but his approach has made him one of the most successful footballers of the modern era and a serial winner with arguably world football’s biggest club.

For so long the centre-back partner to the aforementioned Ramos at Real Madrid, the two defenders spent a decade as the pantomime villains in chief at the Bernabeu.

Pepe’s stud-marks were often left imprinted on the legs of opposition forwards, whilst the Portugal international was far from afraid to writhe in ‘agony’ himself in a bid to influence refereeing decisions.

He may be approaching the twilight of his career with Porto, but the veteran continues to frustrate and wind-up opponents with all manner of methods learned over a career of huge success.

Dives, dissent, kicks and niggles are all a part of Pepe’s array of party tricks, the defender never afraid to launch himself into the heat of the battle – two-feet up, of course.

Costa was the ideal spearhead for both Atletico and Chelsea during the peak years of his career, a player willing to take on backlines singlehandedly with pace, power and artistic antagonisation.

Some of the Spain international’s most memorable moments include coaxing Gabriel Paulista into a red card during a London derby with Arsenal, and a bizarre head-butt/hug hybrid on Gareth Barry that ultimately resulted in a red card against Everton.

Costa’s chaotic style may have resulted in a less than exemplary disciplinary record, but there were countless acts that went unpunished as he brought brilliant bastardry to the highest level.

With VAR having now taken a hold of the game and dark arts harder than ever to get away with, Costa may just have been the last of a dying breed.

Exceptional footballer and long-time member of the dark arts community, Luis Suarez’s career has been filled with moments of both magic and madness.

A younger Suarez’s style was often resemblant of Looney’ Tunes Tasmanian Devil as he whirled around the pitch at a frantic pace, rarely giving defenders a moment’s piece and ensuring any opponent is fully aware of his presence.

Tumbling theatrics to win decisions, a controversial goal-line handball in a World Cup quarter-final and three notorious bites are just a small collection of the incidents which have seen Suarez launch himself over the line of morality to help his side to victory.

Our final selection is a man who has taken his love of the dark arts from the pitch to the touchline, Diego Simeone’s reign at Atletico Madrid having seen the Spanish side become arguably the most frustrating opponent in European football.

No stranger to blurring the boundaries between right and wrong during his playing days, Simeone is a man who would slide tackle his own nan if it meant three points.

The Argentine revels in his side being the biggest wind-up merchants on the continent, Atletico’s antagonists masters of play-acting and time-wasting, all whilst in a militantly-organised defensive shape which often resembles an antidote to free-flowing football.

Their style of football is added to by Simeone’s antics as he gets under the opposition skin, whipping crowds into a frenzy and gesticulating wildly to his troops across the white line.

The post Cheats or just street-wise? – Five of football’s masters of the Dark Arts first appeared on The Football Faithful.