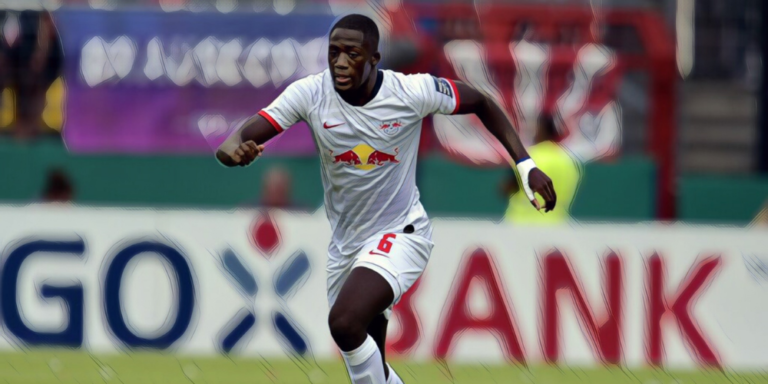 Ibrahima Konate’s proposed transfer to Liverpool is reportedly edging closer with reports that the defender has already undergone ‘medical tests’ ahead of a move to Merseyside.

Liverpool have been linked with the signing of the RB Leipzig defender as the club look to strengthen their centre-back options this summer, the Reds having seen their defence of the Premier League title decimated by injuries to key personnel.

Konate has attracted interest from several leading clubs following his performances for the Bundesliga side in recent seasons and reports this week have suggested that Liverpool are nearing an agreement to sign the 21-year-old in a €40m deal.

According to French outlet RMC Sport, the move is edging closer with the youngster having already undergone ‘medical tests’ ahead of a proposed switch, despite Leipzig director, Markus Krosche, denying reports the Frenchman was on the verge of an exit.

Konate is currently with the France U21 squad at the European Championship and contains a release clause in his contract which Liverpool are believed to be prepared to meet.

Should the defender leave the Red Bull Arena this summer, he will be the second defensive starlet to depart after confirmation that teammate Dayot Upamecano will join Bayern Munich at the end of the season.

Should he make the move to Anfield, Konate would join Virgil van Dijk, Joe Gomez and Joel Matip amongst the centre-back options available to Jurgen Klopp next season with that trio all continuing their recoveries from long-term injury, with doubts remaining over the futures of emergency winter window signings Ozan Kabak and Ben Davies.

The post Reports claim Leipzig’s Konate has already had ‘medical tests’ with Liverpool ahead of potential transfer first appeared on The Football Faithful.