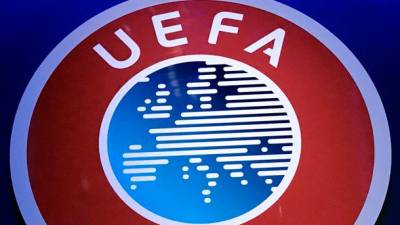 MANCHESTER: UEFA are set to remove their maximum spectator limit, currently set at 30% of a venue capacity due to the COVID-19 pandemic, in order to allow bigger crowds at Euro 2020 matches in June.

Russian and English authorities have indicated they could allow larger crowds into venues for the tournament games in St Petersburg and London’s Wembley stadium. UEFA are keen to make sure the rules are in place to allow for larger capacities elsewhere, should they be possible.

It is likely that instead of a new maximum capacity, UEFA will leave decisions on increased crowd size to local authorities.

British Prime Minister Boris Johnson’s roadmap would allow for limited crowds of 10,000 in the early stages of the delayed tournament but opens the possibility of full-houses after the country enters stage four of the roadmap on June 21.

As well as hosting some group games, Wembley is also the venue for the semifinals and final of the tournament.

Host venues have a deadline of April 7 to inform UEFA of their planned stadium capacities.

Any hosts that cannot guarantee there will be fans in the stadium risk losing their hosting rights.

Most football authorities are relying on their governments to give them permission to open up stadiums to fans and the issue is whether they will be able to predict the situation in June ahead of next week’s deadline.

It is likely that most venues in Western Europe will not be able to get more than 25-50% capacity.

St Petersburg has said it is aiming for 50% capacity while Denmark’s government has said they can allow 12,000 fans at 30% capacity at the 38,000 Parken Stadium in Copenhagen while hoping to increase that number. – Reuters