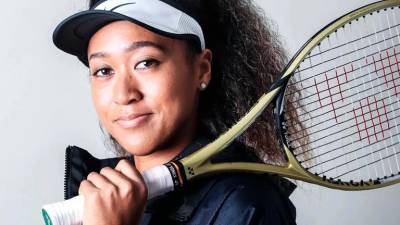 The French Open has deleted a post on its Twitter feed which praised players for attending media conferences as Naomi Osaka’s press boycott continued to overshadow the Grand Slam.

The tweet showed pictures of Rafa Nadal, Kei Nishikori, Aryna Sabalenka and Coco Gauff engaging with the media along with the caption: “They understood the assignment.”

Osaka announced before the start of the tournament that she would not do any press conferences to protect her mental health, prompting criticism from French Tennis Federation President Gilles Moretton.

Osaka was fined US$15,000 (RM61,911) for skipping her news conference after her first round win on Sunday and was warned of possible expulsion from Roland Garros and future Grand Slams if she failed to meet her media commitments.

The Twitter post was deleted but not before being shared widely. It drew criticism from social media users but also supportive responses.

Former doubles world No. 1 and tennis pundit Rennae Stubbs said the post was “humiliating” for Osaka.

“I understand your attempt at making a point but this isn’t a good look,” she tweeted.

“I mean, these particular players are a great look for tennis but making a player feel guilty & humiliating her is NOT a good look for a tennis fed.”

Osaka started her French Open campaign with a 6-4 7-6(4) win over Romanian Patricia Maria Tig and participated in the courtside interview.

She later wrote on Twitter: “Anger is a lack of understanding. Change makes people uncomfortable.”

The Japanese world No. 2 next faces Romanian Ana Bogdan. – Reuters