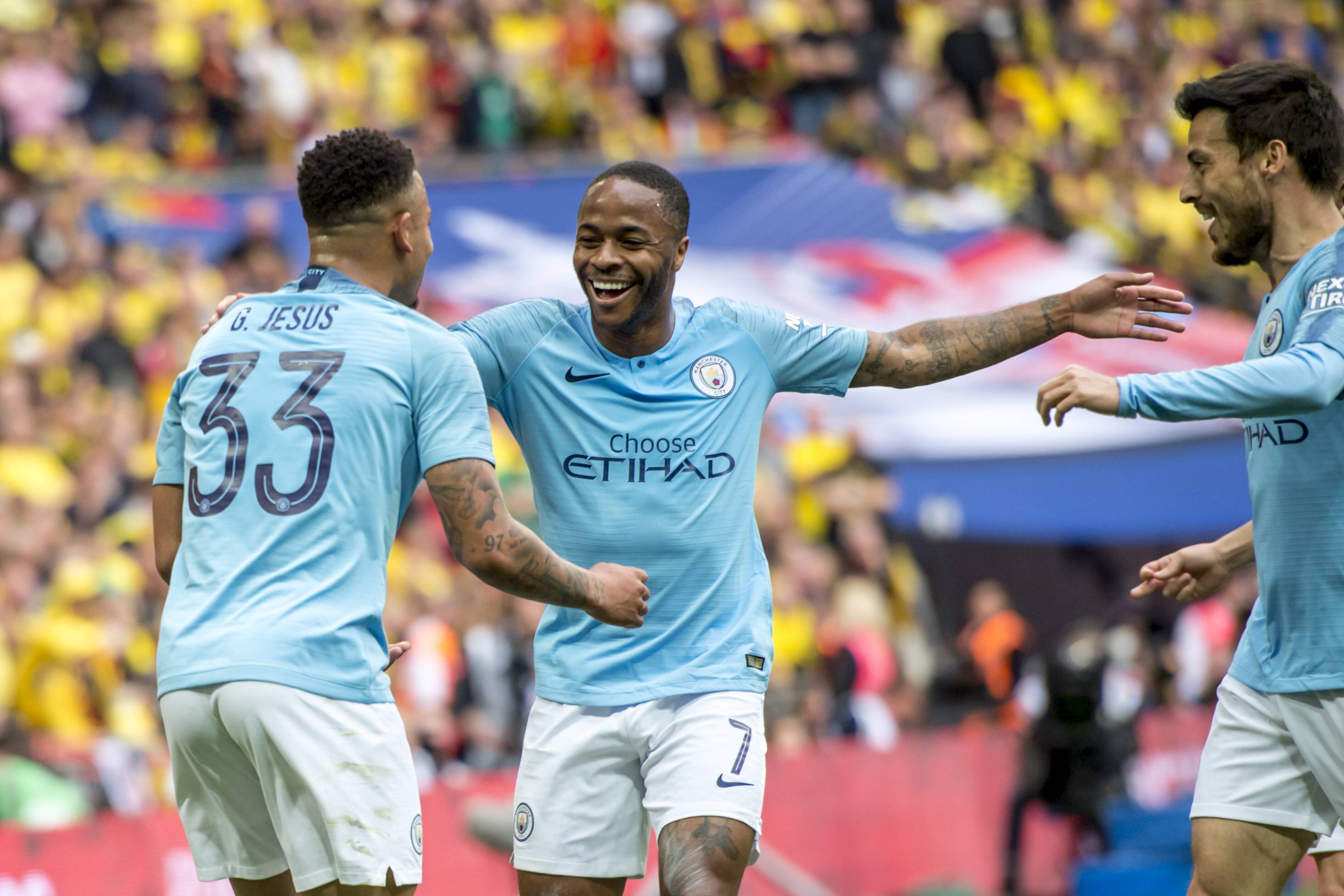 Manchester City manager Pep Guardiola wants to snap up Tottenham Hotspur hitman Harry Kane this summer, and is ready to sacrifice both Raheem Sterling and Gabriel Jesus in a bid to do so, according to The Sun.

The England international also wants to move to the Etihad Stadium and has revealed his dream to play alongside Kevin de Bruyne, but Spurs chairman Daniel Levy is ready to play hardball and block a move.

He has slapped a £150million price tag on Kane’s head, but Man City are hoping to offset some of that fee by using two of their attackers as bait.

Sterling ended the campaign with 15 goals across all competitions while Jesus bagged 14 goals as the Cityzens won the League Cup and Premier League title.

Nevertheless, they are not starters under Guardiola and the Catalan is looking to make some squad changes after Saturday’s defeat to Chelsea in the Champions League final.

Manchester United and Chelsea are also keen on Kane, but they do not appear to have any chance of landing the Tottenham star with Man City his only preference.

While Guardiola’s players-plus-cash deal is appealing, Spurs could find it hard to meet Sterling’s £300,000-a-week wages.

Jesus on the other hand makes £90,000-a-week and that would not be a problem for the North London side.

The Brazil international will also most likely establish himself as a starter alongside Sterling at Tottenham should the reported swap move work out, and the juicy deal could prove too much for Levy to turn down.

Replacing Kane would not be easy, but getting two top attackers and cash in exchange for him is a massive deal Tottenham could jump up.

In other news, Spurs defender admits he is open to summer exit.