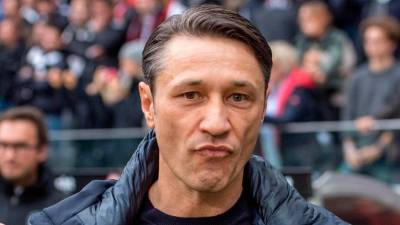 PARIS: Niko Kovac earned (pix) his first Ligue 1 victory as Monaco coach on Sunday as his side beat Metz 1-0, while Jonathan Bamba continued to rediscover his scoring touch with Lille winning by the same score at Reims.

Teenage centre-back Benoit Badiashile scored for the second game in a row at the Stade Saint-Symphorien and Monaco held on despite playing almost half the match a man down following the dismissal of Youssouf Fofana.

”It was a very difficult match, especially in the second half with a player less. The reaction of the team, down to 10, was very good just like last week when they came back from 2-0 down,” said Kovac, whose opening game in charge against Reims ended in a 2-2 draw.

“I’m happy to have won, particularly as Monaco’s last win came back in February.”

In Champagne country Lille winger Bamba, who scored only one goal in 26 league appearances last season, hit his second in two games of the new campaign in the 32nd minute of a dour game.

He cut in from the left and hit a low snapshot from just outside the area that skipped past Predrag Rajkovic and inside the near post.

Bamba crossed his arms across his chest after scoring, dedicating his goal to actor Chadwick Boseman, who played the superhero from “Black Panther” and died on Friday at the age of 43.

Bordeaux are in second place, two points behind Nice, after a 2-0 triumph at Angers courtesy of goals from Nigeria international Josh Maja and Toma Basic.

Nantes are one of five sides on four points, along with Rennes, Lille and Monaco, as they defeated Nimes 2-1 despite finishing the game with just nine men.

They led through an Andrei Girotto strike and Imran Louza’s penalty but the latter was sent off shortly after half-time.

Zinedine Ferhat pulled a goal back for Nimes before Brazilian fullback Fabio picked up a second booking in the closing minutes.

Romain Hamouma netted twice for Saint-Etienne in a 2-0 win over promoted Lorient as last season’s French Cup runners-up made a belated start to the new campaign.

Marseille, whose opening game on Aug 21 was postponed after they suffered five cases of Covid-19, kick off their season at Brest in the day’s late game.

Champions Paris Saint-Germain do not start their campaign until Sept 10. – AFP