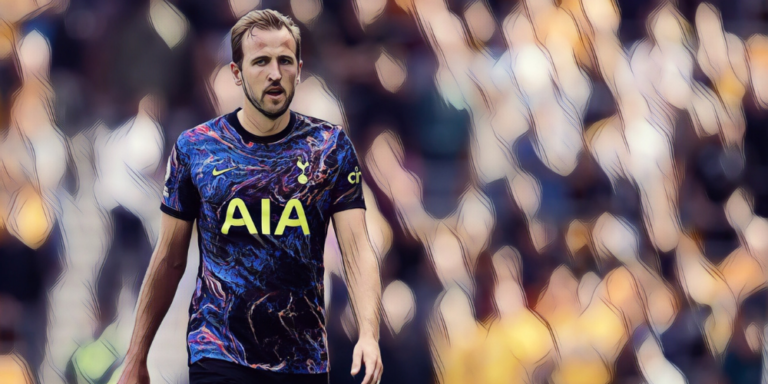 Harry Kane believes that his reputation hasn’t been tarnished, despite his attempts to engineer a move to Manchester City.

The England captain has won a wealth of individual accolades but is yet to secure silverware with either club or country – the striker suffering defeat in the finals of the Carabao Cup and Euro 2020 over the last six months.

Before the end of last season, Kane informed Spurs of his desire to secure a move away from the Tottenham Hotspur stadium, with the striker believing he had secured a ‘gentlemans agreement’ to leave the club following their failure to reach the top four for a second successive season.

However, it seems that he failed to tie down the specific details of that agreement, with notoriously tough negotiator Daniel Levy reportedly only allowing him to leave if the club were to receive a bid of £150 million, a fee that Manchester City were never willing to pay, with the champions’ only official offer being worth £100m last month.

Having initially failed to return to training on time, Kane has since accepted defeat and returned to the first-team fold, coming on a substitute in the 1-0 win over Wolves, before starting the 1-0 Premier League win over Watford at the weekend.

Now on England duty for the upcoming World Cup qualifiers, Kane has opened up on the ‘noise’ surrounding his future over the summer.

“I’m quite good at getting away from everything,” he told talkSPORT.

“After the final [of Euro 2020], I was in England for a few days then went off on holiday for a couple weeks. When I’m away I’m rarely on my phone to be honest. I really try and use that time to get away from everything.

“I know there was a lot of noise surrounding me but I was quite calm. I knew what the situation was between me and the club and that’s the way it’ll stay.

“Everyone has their opinions on it but that’s part of the parcel of the profession we’re in.

“I’m full focussed with club and country and looking forward to a great year.”

Kane said that his ‘conscience is clear’ given the ‘truth’ of the situation, and was asked if he thinks his reputation has been tarnished by his agitating for a move.

“No, I don’t think so,” he said. “I think anyone involved in the football industry knows the ins and outs.

“I was quite calm with the situation, but when you’re in it and you know the truth, then your conscience is clear.

“There’s always going to be noise. My whole career I’ve had ups and downs from when I’m young to where I am, that’s just part of the parcel of it.

“A lot of people that know me will say I’m a professional athlete who’s dedicated my life to this game and that’s what I’ll continue to do.

“I’ll look forward now, the aim has always been to win silverware with Tottenham and it’s been that aim every year.”

Read – Deadline Day Folklore: When Peter Odemwingie rocked up to Loftus Road only to get locked out