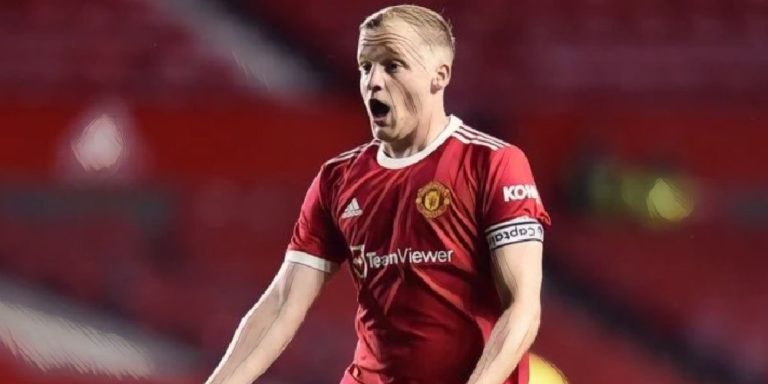 The midfielder joined United in a £40 million move from Ajax last summer, his arrival prompting plenty of excitement following his impressive performances for the Amsterdam based giants and the Netherlands national side.

Van de Beek had previously been linked with a move to Real Madrid, and was expected to play an important role in the Manchester United side, with many onlookers hailing his ability to play in a number of positions in midfield.

However, those expectations never came anywhere near coming to fruition, with the 24-year-old struggling for minutes all season, making just 19 Premier League appearances last term with only four of those coming from the start.

Having missed out on Euro 2020 with an injury, he has spent this summer over in his homeland getting fit and bulking up, returning to pre-season looking noticeably more muscular as he looks to adapt to the demands of the Premier League.

However, he has so far been an unused substitute in Manchester United’s opening three fixtures, with reports saying that Everton made a late move to take the midfielder on a season-long loan, with Van de Beek open to the move to Goodison Park.

According to Dutch outlet Algemeen Dagblad though, as per Sport Witness, United boss Ole Gunnar Solskjaer has ‘blocked’ the Toffees’ approach, the Norwegian having repeatedly insisted that the Dutchman is in his plans and will eventually get a chance.

It seems as though Van de Beek will be a Manchester United player until the transfer window reopens in January.

Read – Deadline Day Folklore: When Peter Odemwingie rocked up to Loftus Road only to get locked out