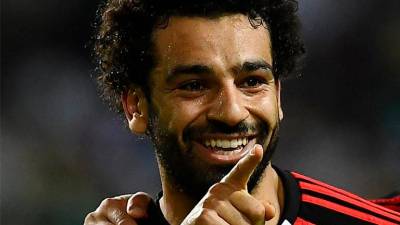 JOHANNESBURG: Liverpool sharpshooter Mohamed Salah (pix) will be a star in demand during 2021 with Egypt wanting him not only for World Cup and Africa Cup of Nations qualifiers, but also the Olympic Games.

The record seven-time African champions face between six and eight World Cup matches and two in the Cup of Nations as the continent plays catch-up after 2020 schedules were severely affected by the coronavirus.

Qualifiers for the Olympics are permitted three over-age players in a tournament otherwise restricted to under-23 footballers and Salah tops the Egyptian wish list as they plan for Tokyo.

Here, AFP Sport outlines what lies ahead for African football with a new Confederation of African Football (CAF) president set to be elected in March after incumbent Ahmad Ahmad was banned for five years by FIFA.

» Salah and fellow former African Footballer of the Year Pierre-Emerick Aubameyang will come face to face in Group F where Gabon are likely to pose the biggest threat to Egypt.

» Libya, who cannot play at home because of a violent struggle for political control of the oil-rich country, and off-form Angola are also in the section and only the team finishing first survive.

» Among the last 10 champions, 2012 title-holders Zambia are in most danger of missing the 24-team tournament in Cameroon, which has been put back one year to the beginning of 2022 because of Covid-19.

» The Chipolopolo (Copper Bullets) are last in a group where defending champions Algeria have already qualified, Zimbabwe lie second and Botswana third.

» Zambia have lost three of four qualifiers and host Algeria and visit Zimbabwe during March as they try to avoid missing three consecutive Cup of Nations finals.

» Hosts Cameroon hope to emulate 2018 champions Morocco and win at home a 16-team competition reserved for footballers playing in their country of birth.

» It will be a tough task for the Cameroonians, though, after a change of coaches and disappointing warm-up results for the Jan 16-Feb 7 tournament.

» Qualifying was riddled with shocks and Algeria, Ghana, the Ivory Coast, Nigeria and Senegal were eliminated while former champions Tunisia withdrew after securing a place, citing fixture congestion.

» Africa has collected two gold, a silver and two bronze medals from the last seven Olympic Games football tournaments with Nigeria winning in 1996 and Cameroon emulating them four years later.

» Neither country will be in Tokyo, however, with Egypt, the Ivory Coast and South Africa the African representatives.

» It will be the 11th appearance by Egypt – a record for an African nation – and their best showings were finishing fourth at the 1928 Amsterdam and 1964 Tokyo Games.

» Al Ahly of Egypt will not only defend the Champions League title, but also face Renaissance Berkane of Morocco in the CAF Super Cup, and try to improve a poor FIFA Club World Cup record.

» The greatest threats to the Red Devils in the Champions League are likely to come from Cairo neighbours Zamalek, Casablanca clubs Raja and Wydad and Esperance Tunis.

» Ahly have regularly flopped in the Club World Cup, losing nine of 12 matches in five appearances, including a 5-1 trouncing by Mexicans Monterrey.

» Berkane defeated expensively assembled Egyptian outfit Pyramids in the 2020 final and both look among the strongest contenders again.

» Etoile Sahel of Tunisia, the only club to win all five current and past CAF competitions, and 2015 Confederation Cup runners-up Orlando Pirates of South Africa could go far.

» Champions League last 32 losers join the African equivalent of the UEFA Europa League at the playoffs stage and they could include CS Sfaxien of Tunisia, winners of the Confederation Cup a record three times.

Malagasy Ahmad was a hot favourites to secure a second term as CAF president until FIFA barred him from all football activities for five years.

A FIFA statement said the 60 year old had “breached his duty of loyalty, offered gifts and other benefits, mismanaged funds and abused his position as the CAF president”.

» Football followers in the many African countries where Johannesburg-based SuperSport provide coverage of CAF competitions will be hoping for the end of a blackout with the Nations Championship looming.

» CAF last year ended a €815 million contract with French company Lagardere, due to run until 2028, after a Cairo court said the agreement breached Egyptian competition rules.

» SuperSport, who screened matches along with Canal+ (French) and BeIN Sports (Arabic), said they could not continue as they had signed a contract with Lagardere.