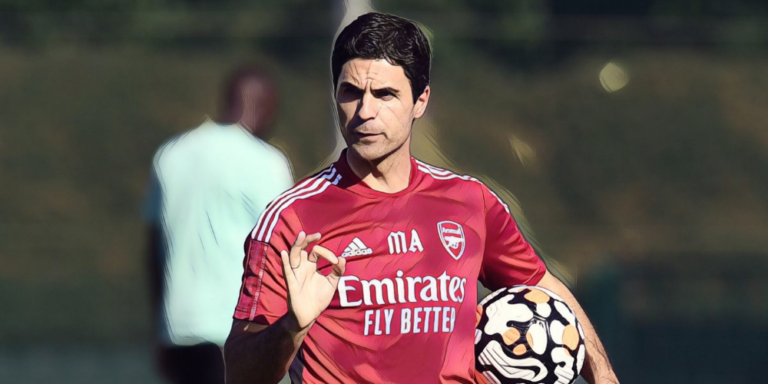 Mikel Arteta says Manchester City have ‘raised the bar’ this season and are achieving ‘perfection’ as Arsenal prepare to face the league leaders this weekend.

The Gunners face a daunting challenge against City, however, who have opened up an eight-point lead at the top of the division and are searching for an 11th successive league win.

Arteta – who spent three seasons on the coaching staff a the Etihad under Pep Guardiola – believes his former side are getting close to ‘perfection’.

Asked whether City are now a better team in comparison to the side he left, Arteta told his pre-match press conference: “Well, they are different teams obviously the fact they have been six years together obviously they are getting the perfection in every phase of the play and every aspect of the game and much, much better.

“The cohesion of the team and the synergy between them because of the amount of time they have spent together, they get better and better and the numbers speak for themselves what they’ve done in the last calendar year is remarkable.”

Arsenal have endured a torrid recent record against Man City, losing 11 of the past 12 meetings across all competitions, including a 5-0 defeat at the Etihad in August.

Arteta is hopeful his side can produce a much-improved showing this time around as the Gunners look to strengthen their position in the top four.

“Well, I hope to experience a very different game. We started that game really positively but in the first action we conceded a goal and went down to 10 men and obviously, it’s difficult enough to play 11 against 11 so when it goes to 10 against 11 for such a long time in the game, it becomes a real, real challenge and we suffered. But some of those defeats help you to become a better team and stick together and understand what the level is and the mistakes that you cannot make against this type of opposition.”

“The numbers speak for themselves, what they have done in the last calendar year, it’s remarkable.”

Mikel Arteta on whether Manchester City are a better team since he left his position as assistant pic.twitter.com/RBZWZjGFuG

The Spaniard discussed his side’s preparation for the clash and says Arsenal will treat the game ‘like any other’, despite the recent performances of the visitors.

“We are preparing the game like any other game and we know the opposition that we’re going to be facing. There is no need to talk about that because it’s so obvious and focus on what we have to do to try to win the game, compete in every moment of the game and have the belief which is the most important thing right from the beginning that we can go and win the game.”

Arteta was asked whether the north London side’s recent approach has played into opposition hands, but says his side have taken different plans to big games and says the ambition again will be to win this weekend.

“Recently, especially against Manchester City with the two games at the Etihad, we’ve played with 10 men which makes the game very, very difficult, but everything that we’re going to prepare is to try to win and give the team the best possible chance to compete in the game because that’s the closer you are to win it.”

“It’s the biggest test in terms of the level of the opposition, one hundred per cent,” he added. “They have shown that really consistently throughout the year, not only this year but in the last three years so that’s the level, they have raised a different bar in this league that has been known of before and that is where we have to get to and that’s the aim we have as a team and as a club.”

The post Arteta says Man City have ‘raised the bar’ this season and are achieving ‘perfection’ first appeared on The Football Faithful.