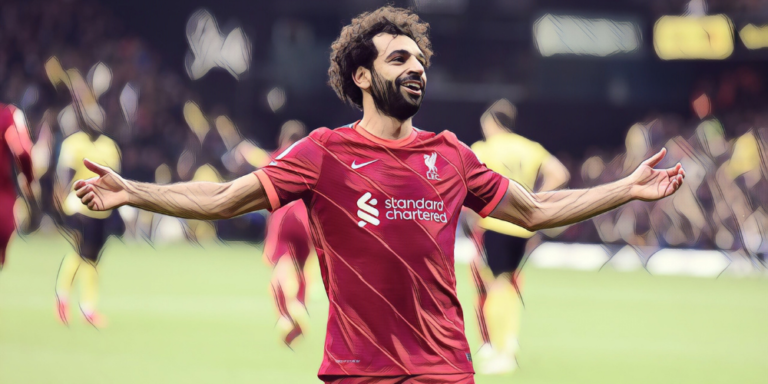 With the year nearly over it’s time to look back at some of the best that the Premier League had to offer in 2021 with our annual end-of-year awards.

Moment of the Year

There’s just something universally thrilling about watching a goalkeeper score, the last roll of the dice as the man adorning the gloves wanders forward in search of salvation.

Alisson became just the sixth Premier League goalkeeper to get himself on the scoresheet, scoring a crucial winner for Liverpool at West Brom to rescue the Reds’ season at The Hawthorns.

Jurgen Klopp’s side had endured a testing campaign as their grip on the Premier League title was relinquished, but bounced back with five-game winning run to finish the season strong and secure Champions League football.

The third of those wins saw their game with West Brom level heading into the fifth minute of stoppage time, with Alisson transforming into prime Didier Drogba to meet Trent Alexander-Arnold’s corner and head home the winner.

The Brazilian became the first goalkeeper to score a winning goal in Premier League history, a decisive moment for a footballer who had suffered the tragic loss of his father just months earlier.

Newcastle’s billionaire-backed takeover – for better or worse – is another contender, though the repercussions of their Saudi-led regime will be stronger felt in 2022.

Honourable mentions: The return of fans and Cristiano Ronaldo’s homecoming.

Player of the Year

Mohamed Salah has reigned as the Premier League’s finest footballer in 2021, with his start to the current season bordering on absurd.

Salah has become the benchmark for Premier League forwards with his statistics ever more impressive, having netted 22 league goals to finish as runner-up for the Golden Boot last season despite the challenge of Liverpool’s campaign.

Mohamed Salah has been directly involved in more goals than any other player in Europe’s top five leagues this season:

In 2021/22 he has reached a new level entirely, leading the league for goals and assists and registering an astonishing 31 goal involvements (22G, 9A) in just 25 appearances across all competitions.

Salah’s consistency has seen him hailed amongst the world’s best players during 2021 and the 29-year-old appears in career-best form, a frightening prospect considering his consistency of recent campaigns.

Team and individual accolades may have eluded the Egyptian in 2021, but he is well placed to right those wrongs in 2022 with a whole host of records and honours within his sharp-shooting sights.

Young Player of the Year

England is currently home to some superbly talented young footballers, with the next decade looking promising for the Three Lions amid an abundance of potential stars.

We’ve named Declan Rice as our Premier League Young Player of the Year for 2021, the midfielder having continued his evolution into one of the division’s most influential box-to-box presences.

Having emerged as a promising ball-winner at the base of the West Ham midfield, Rice has developed his game to become a crucial figure for both club and country.

Declan Rice impressing in his European debut back on Matchday 1

The 22-year-old has become the marauding force of David Moyes’ side, wearing the captain’s armband and leading in fine fashion, bringing drive to the Hammers with his numbers for carries, progressive carries and carries into the final third all markedly improved from last season.

Rice also ranks fifth in the Premier League for interceptions and sixth for tackles, whilst he has shown an increasing willingness to take aim and has scored three goals across all competitions in 2021/22 already – as many as in the previous two seasons combined.

Phil Foden was named as the PFA Young Player of the Year in 2021 and possesses arguably the highest ceiling of any English youngster, but Rice’s rise has been a feature of a West Ham side seeking to upset the established elite.

Goal of the Year

Liverpool’s clash with Manchester City in October proved the perfect advert for Premier League football, the table’s top two and the champions of each of the past two campaigns going head-to-head in a high-stakes Anfield encounter.

It failed to disappoint as two of Europe’s finest outfits battled it out in a breathless clash, exchanging four goals in the second half, including this sensational strike from Mohamed Salah.

The Egyptian’s goal was a moment of magic from one of the division’s greatest talents, showing strength, skill and a clinical touch has he left a succession of blue shirts in his wake before firing home.

Current status: watching this on repeat

Salah made a mockery of elite talents in Joao Cancelo, Bernardo Silva and Aymeric Laporte, a brilliant goal in one of the most memorable Premier League encounters of 2021.

Save of the Year

Not for the first time in his Manchester United career, David de Gea has bailed his side out on several occasions throughout 2021.

The Spanish shot-stopper is often at his best when the Red Devils are under pressure, his excellent reflexes and reactions having seen De Gea produce some spectacular saves cross the calendar year.

Perhaps none have been better than this double stop to deny Wolves’ Roman Saiss from close range earlier this season, making an excellent first save before reacting rapidly to throw himself in front of the Moroccan.

How did @Wolves not score here?!

It was a match-winning moment from De Gea as Mason Greenwood’s late goal secured a narrow 1-0 win at Molineux.

Game of the Year

The aforementioned clash between Liverpool and Manchester City was the game of the highest quality, whilst City’s bonkers Boxing Day meeting with Leicester was enthralling in its own right, as the champions raced into a four goal lead, before conceding three times and eventually winning a nine-goal thriller.

Our Game of the Year is October’s Midlands match-up between Aston Villa and Wolves, the former on the wrong side of a classic comeback as Wolves came from two goals down to seal three points.

Villa led 2-0 heading into the game’s final ten minutes, only for Wolves to bounce back in style and secure local bragging rights, goals from Roman Saiss, Conor Coady and a 95th-minute winner from Ruben Neves sparking wild celebrations from the visitors.

Shock of the Year

English football is often hailed as the most competitive of Europe’s biggest domestic leagues and perhaps few 2021 fixtures better demonstrated its unpredictable nature better than Chelsea’s clash with West Brom in April.

The relegation-threatened Baggies were brilliant to thrash Champions League-chasing Chelsea in the capital, scoring five times during a stunning shock success at Stamford Bridge.

Chelsea had been reduced to 10 men after Thiago Silva’s first-half red card and West Brom punished the Blues in spectacular fashion to seal one of the biggest upsets of 2021.

There were games with better quality, but few can match the unpredictable chaos of the Baggies’ battering of Thomas Tuchel’s side.

Manager of the Year

Pep Guardiola is the obvious choice after guiding Manchester City to a third Premier League title, with the Spanish tactician adding another winners’ medal to his increasing collection.

It’s difficult to look past Thomas Tuchel’s impact at Chelsea, however, who despite a recent wobble have largely been transformed since his appointment as head coach in January.

Inheriting a struggling side from Frank Lampard, the German guided Chelsea into the top four and upset the odds to win the Champions League in 2021.

David Moyes also deserves a mention for his improvement of West Ham, who are once again in contention to reach Europe after making a strong start to the current campaign.

Transfer of the Year

Premier League clubs once again led Europe for spending in 2021, with huge sums spent on a whole host of new additions to English football.

Amongst the very best has been a temporary switch, however, with Conor Gallagher having made waves since joining Crystal Palace from Chelsea on a season-long loan deal.

Rio Ferdinand on Conor Gallagher: “I think this kid is going straight to the top.”

“I think mentally, he sees himself as a Chelsea player.” pic.twitter.com/pFxLF4Cxke

The midfielder has become a vibrant centre-piece of Patrick Vieira’s new-look side and his box-to-box influence has seen the 21-year-old earn a first England cap, with Chelsea watching his development closely ahead of next season.

Jesse Lingard’s spectacular loan spell at West Ham also deserves a mention, whilst Watford’s £2m deal for Emmanuel Dennis has proven a bargain with the Nigeria international having provided a career-best 13 goal involvements from just 15 league starts for the Hornets.

The post Best of 2021: Our end-of-year Premier League awards first appeared on The Football Faithful.