Premier League Team of the Year for 2021

Premier League Team of the Year for 2021 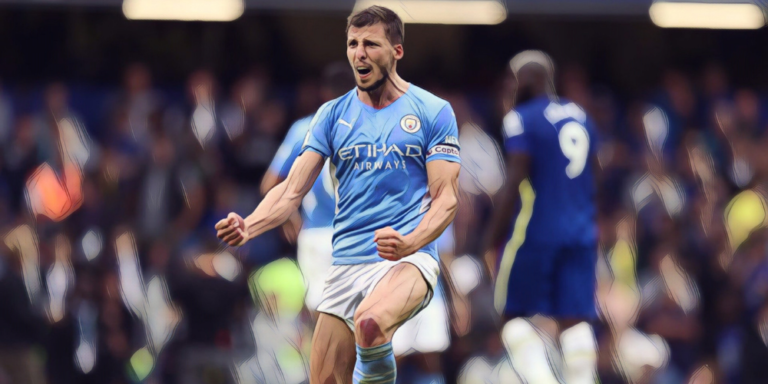 Another calendar year of Premier League football is close to its conclusion and as 2021 reaches its end we’ve decided to look back at the division’s best performers.

Manchester City regained the Premier League title in comfortable fashion, whilst it was also a memorable year for Chelsea who were crowned champions of Europe after Champions League success.

For perhaps the first time the Premier League boasts more genuine star talents than any other major league across Europe and this is our best-performing XI for 2021.

Chelsea’s signing of Edouard Mendy helped address a major flaw in their side, with the Senegal international proving a reliable performer as the west London side secured Champions League success in 2021.

Mendy was the last line of defence in a backline transformed by Thomas Tuchel’s arrival as head coach in January, boasting the division’s best defensive record over the second half of last season and conceding just twice in seven knockout fixtures as Chelsea were crowned champions of Europe.

The 29-year-old also ranks second in the Premier League for save percentage (82.8%) so far this season and has kept 18 clean sheets during the calendar year.

Following a challenging 2020/21 campaign for Liverpool, the current campaign has seen a return to form with Trent Alexander-Arnold once again leading the way for Premier League right-backs.

Alexander-Arnold leads the division for crosses, through balls (joint), progressive passes, key passes and expected assists, whilst he has already directly contributed to 10 goals for the Reds this season with two goals and eight assists.

Oh, wow. That is special, @TrentAA!

Enjoy every angle of Trent’s stunner, presented by @Sonos

His numbers remain remarkable for a right-back and even with strong competition from a number of influential defenders, he remains the benchmark for creative impact.

The signing that helped Manchester City reclaim the Premier League title in 2020/21, Dias’ arrival turned a weakness in Pep Guardiola’s side into one of their greatest strengths.

No side has conceded less goals in 2021 than the Premier League champions, with Dias remaining a constant at centre-back and being named as the FWA Footballer of the Year last season.

The Portugal international is an authoritative presence and has brought much-needed leadership to the backline, one whose xGA this season (12.73) is comfortably the lowest total amongst the league leader’s potential title rivals.

Antonio Rudiger’s contract situation has become a headache for Chelsea with the defender having been a player reborn since Thomas Tuchel’s appointment at Stamford Bridge.

The Germany international has been an almost ever-present in the side and forged a reputation as one of the Premier League’s best defenders, excelling in the Blues’ back three system and dominating duels with his aggressive manner of defending.

The sight of Rudiger rampaging forward from centre-back has become a feature of Chelsea fixtures and securing his future should be a priority for the European champions given his commanding influence in 2021.

Cancelo has joined Alexander-Arnold in taking the full-back position to new heights in 2021, the Portugal international having become a crucial cog in Manchester City’s juggernaut.

Cancelo has evolved into the perfect Pep Guardiola player and is comfortable operating in almost any area of the pitch, the full-back intelligent, technical, and amongst the Premier League’s most influential performers.

Joao Cancelo knows his own ability

The 27-year-old currently leads the league for touches and passes into the final third, whilst he is second for passes into the penalty area and fifth amongst all players for interceptions in 2021/22.

Declan Rice has developed into one of the Premier League’s most complete midfielders 2021, the 22-year-old the face of an improving West Ham side and crucial figure for both club and country.

Having featured prominently during England’s run to the final of Euro 2020, he has returned to his club side and inherited increasing responsibility with the captain’s armband as Mark Noble finds himself on the fringes this term.

Declan Rice has played 149 #PL matches for @WestHam, and will become the 17th player to reach 1⃣5⃣0⃣ for the club in the #PL

At 22 years and 348 days, he’ll be the youngest player to reach the milestone for the Hammers after Mark Noble (25y 267d)

His partnership with Tomas Soucek has provided West Ham with an engine room to compete with the Premier League’s elite, whilst he has showcased a greater array of attributes in 2021 with his numbers for carries, progressive carries and carries into the final third all improving this term.

That increased drive, coupled with excellent ball-winning abilities that see Rice rank fifth amongst Premier League midfielders for interceptions and sixth for tackles in 2021, has seen sides further up the division strengthen their interest in his services.

Manchester City’s run to the Premier League title last season was propelled by a 15-game winning run in the early months of 2021, a period which saw Ilkay Gundogan explode to fire his side’s charge towards the championship.

The Germany international’s total of 14 league goals this calendar year are a divisional high amongst midfielders, whilst he also boasts a 91% pass completion percentage – including 86.9% in the final third (rank seventh in the Premier League).

City’s squad is stacked with talent and the champions remain the side to beat, with Gundgoan having been amongst the most influential of their 2021 successes.

Bernardo Silva earns inclusion following his outstanding start to the 2021/22 campaign, having returned to prominence at Manchester City to reestablish himself amongst the best midfielders in European football.

There are midfielders with greater statistical numbers than the Portugal international, but few as complete as Silva who combines relentless work-rate with wizardry.

Indefatigable and inventive, he has flourished in a City side once again beginning to gain momentum with a gap starting to appear between the champions and chasing pack.

Looking outside of the Premier League’s ‘big six’, there have been few more impressive performers than Leeds’ Raphinha whose displays have not gone unnoticed amongst Europe’s biggest clubs.

The Brazilian enjoyed an excellent second half of last season as he adapted to the demands of English football, providing a league-leading seven Premier League assists from January 1.

Raphinha has continued to be a shining light in a Leeds side that has struggled to replicate last season’s showings this term, scoring eight goals in 16 appearances and earning a first inclusion in the Brazil national side, where he has since scored twice in five caps.

Just three players have scored more than his eight league goals this season and Leeds face a fight to retain the services of the 25-year-old, who has the talent to take his game to greater heights.

Phil Foden has finally found himself as a lead figure in the Manchester City side, the huge potential always known in the midfielder having begun to truly shine through in 2021.

Foden has featured from both flanks and as a false nine for Pep Guardiola’s side, scoring and creating goals and showcasing the balletic brilliance and sublime technique that has marked him out as a future star from an early age.

Goal and three points… no better way to end the year!

The 21-year-old scored 16 goals across all competitions last season and has continued to find form during the opening months of 2021/22, providing 13 goal involvements in 14 starting appearances.

He remains England’s most exciting talent and the sky is the limit if he maintains his current upward trajectory.

Mohamed Salah starts as the forward in our side given a lack of genuinely credible alternatives, having been arguably the Premier League’s finest footballer in 2021.

The Egyptian has started every league fixture for Liverpool and has registered 24 goals and 14 assists, leading the Premier League for both metrics alongside topping figures for expected goals, total shots and shots on target.

At times this season Salah has been unplayable for the Reds, scoring stunning goals and reaching a new level that has seen him hailed as one of the world’s very best talents.

Current status: watching this on repeat

He is on course to win a third career Golden Boot this season, whilst Thierry Henry’s all-time record of 44 goal involvements in a 38-game league season is well within his reach on current form.

Harry Kane’s exploits last season had him in contention for this position but a dip this term saw the England captain omitted, whilst Diogo Jota and Michail Antonio each deserve a mention of their own.

The post Premier League Team of the Year for 2021 first appeared on The Football Faithful.