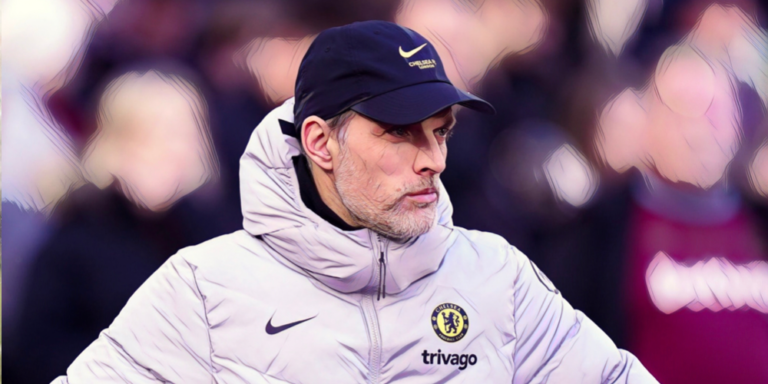 Thomas Tuchel has discussed Chelsea’s recent struggle for results and says his side will not give up in the Premier League title race.

Chelsea have fallen eight points adrift of leaders Manchester City after winning just one of their past four league fixtures, the west Londoners conceding a stoppage-time equaliser to draw with Brighton at Stamford Bridge in midweek.

Tuchel’s side face Liverpool in a huge clash this weekend and the German insists his side will not give up in their pursuit of catching the league leaders.

Asked if Man City have already killed the title race, Tuchel said: “I don’t know. I would say we never give up nothing. Why should we stop a race in the middle of a race? That’s my first thought about this question.

“The other thought is that we don’t think about this stuff because it is about what we tell the team today and how we approach the team.

“I know that you think a lot about this but I never think about stuff like this. That’s why I am confronted about questions like this in a press conference. I am trying to look as smart as possible even though I am clearly not and find good answers in this case.”

Tuchel opened up on his side’s recent performances and says Chelsea have been disappointed and angry with their run of form, but said his side are heading in the right direction as he compared his squad’s current fitness issues to the squeezing of a lemon.

“We are a very disappointed team in the dressing room, angry,” he said. “Myself also upset, angry about the situation and the results, the referee decisions. We have the feeling we invest a lot.

“We are so ambitious because it’s hard for the team to take these results and stay positive because we know what we can deliver and we know we can play better. Everybody is fully aware but everybody is trying hard. It is not a matter of one click, obviously.

“And it’s tough. We have now three games at home where we conceded late equalisers, where we dominate all statistics, where we have clearly better chances and where we are purely unlucky.

“It’s a matter of six points you lose because you have three draws instead of three wins. It hurts because with six points more we would have a completely different feeling around New Year’s Eve.

The post Tuchel uses lemon analogy to describe Chelsea’s current struggles but refuses to give up in title race first appeared on The Football Faithful.